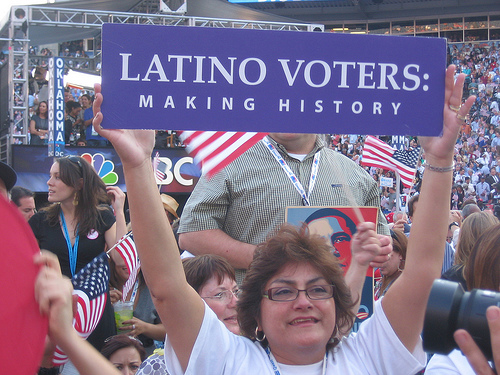 I catch up with Pilar Marrero, Senior Political writer for La Opinion in Los Angeles. She had an idea that we should try doing regular political podcasts, being that this election is giving Latinos so much to talk about.

The headlines and the points of interest change so quickly with this election that it’s difficult to keep track if you’re interested or keep score if you’re invested in the outcome.

We’ll try to give the news some perspective.

We’re family at NewsTaco so I feel free to mention that this wasn’t the best  recording of a conversation. I spoke to Pilar over a phone call so the first part of the podcast is glitchy. I ask that you stick with us for two reasons: the connection gets better, and we’re working on making the quality better for the next time around.

We recorded this the day after the Texas primary so there are some references to that. Let us know what you think.

[Photo courtesy of West Side Republicans]