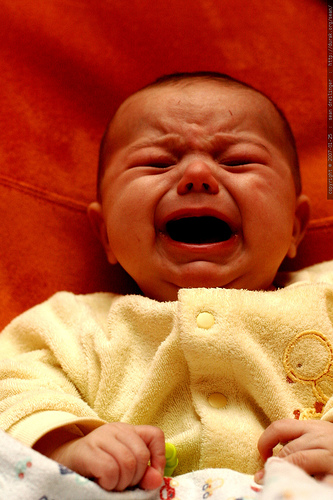 Caida de la mollera is the most challenging and potentially fatal of probably all Latino folk illnesses, according to Rice University.

Children with this condition have what Western medicine refers to as a sunken fontanelle, or a depression in the skull where the bones have not yet grown together and hardened.

The National Library of Medicine indicates the caida de la mollera is a medical emergency and is usually a sign the infant is severely dehydrated or malnourished.

Caida de la mollera is often accompanied by a significant amount of maternal guilt as Latinos see this folk illnessas the result of neglect.

Caida de la mollera is considered to be mechanical in nature, meaning there is a direct cause-and-effect relationship between an specific activity and why the fontanelle collapses inward. This depression in the skull is attributed to pressure put on the child’s brain, and is what Latinos traditionally believe causes the other symptoms which accompany caida de la mollera.

The most common cause is thought to be pulling a nipple from the baby’s mouth while it is sucking, as this is thought to cause an imbalance of pressure causing the fontanelle to sink.

Other assumed causes include:

In Western medicine, a sunken fontanelle indicates to doctors that there is not enough fluid in an infant’s body. This dehydration can be the result of malnutrition, but it may also indicate other serious illnesses such as sepsis, dysentery, or meningitis.

Regardless of the cause, a sunken fontanelle is considered a medical emergency, and waiting to receive folk treatment can often be dangerous for the baby.

Traditional or alternative medicine aside, the symptoms of a sunken fontanelle, or caida de la mollera, are universal.

Parents should be on the lookout for a number of symptoms, including:

Because these symptoms can accompany a number of other, harmless childhood illnesses, the National Library of Medicine suggests parents ask themselves the following questions to determine if caida de la mollera is really present:

While any depressed fontanelle warrants an immediate doctor’s visit, answering “yes” to any of the above questions indicates the situation is serious and medical treatment should not be delayed.

As caida de la mollera is thought to be mechanical in nature, most of the traditional treatments for this condition involve attempting to push the fontanelle back into place.

The most common manner of healing for a folk healer, according to Washington University, involves wetting the sunken fontanelle with warm soap and water while the healer gently places a  finger inside the baby’s mouth. Gradual pressure is then applied to the  hard palate (roof of the mouth) while the hair on the sunken fontanelle is gently pulled outward.

Other folk healing methods may include:

Western medicine takes a different approach to a sunken fontanelle.

According to Healthline, this condition is usually the result of dehydration, and can occur if an infant develops diarrhea or vomiting and then does not have proper fluid replacement.

Treatment may include hospitalization for intravenous fluid replacement, or parents may be advised to administer oral electrolyte solutions at home if the infant is still willing to nurse and is not too severely affected.

If another condition is present causing the dehydration, treatment may include administration of medications until the underlying cause has been dealt with.

No manual manipulation is performed.

Prevention of the Latino folk illness caida de la mollera means understanding how to prevent dehydration in a young child.

If there is a sunken fontanelle due to dehydration, this means the child is younger than 19 months, the point when both fontanelles in the skull should have hardened over.

For children under 19 months of age, take the following precautions to prevent dehydration:

This article was first published in Saludify.