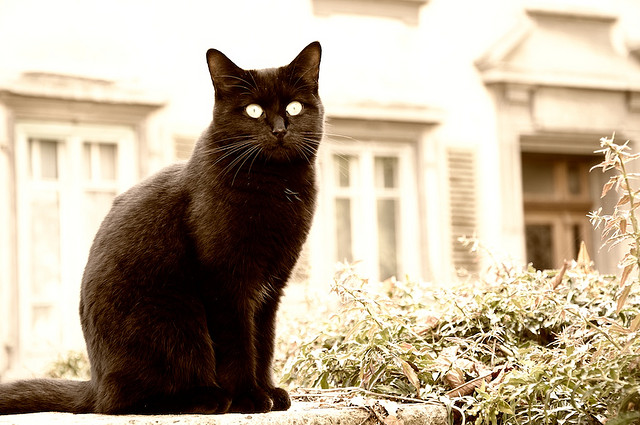 When it comes to medical care there are a number of reasons we do or do not go to the doctor, and like it or not, our own personal beliefs have a lot to do with the care we seek.

For example, if you believe holistic medicine is a safer course of action compared to Western therapies, you will be more inclined to try those treatments first, just as someone who reads a study about the negative effects of sugar is more likely to stay away from certain foods.

But is it possible for cultural superstitions to actually put your health at risk?

“It (superstition) can (negatively impact a person’s health) when people ignore helpful and evidence based health behaviors and good science,” Thomas G. Plante told Saludify. “So, sometimes people may resort to cultural traditions and avoid state-of-the-art medical interventions for example. A specific example might be engaging in a cultural ritual rather than seeing a doctor for a problem symptom.”

For Hispanics, cultural beliefs play a significant role in how aliments are viewed and treated.

Due to deep religious roots in some areas, some Hispanic cultures often associate sickness with a spiritual element, like a curse or “evil eye.” There are a number of superstitions within the culture which are believed to cause sickness, and because Western doctors cannot treat spiritual issues, many Hispanics seek out the care of curanderos, or folk healers.

Curanderos treat everything from Aire de Oido, Caida de Mollera, Bilis and Empacho, to Mal Aire and Mal de Latido. All of these folk illnesses, according to Long Beach City College, exhibit symptoms of potentially dangerous diseases, but are all linked to superstitious causes like a witch’s curse, soul disruption, or emotional upset.

While curanderos do sometimes have remedies which align with Western medicine, many of the rituals will not address serious underlying medical conditions. Some treatments, like the administration of lead-based teas, may actually make medical issues much worse.

Superstitions may also convince someone they are ill, when in reality they might just be experiencing a minor episode. However, the power of believing may actually affect a person’s emotional and physical health.

Why are superstitions so powerful?

“They give us an experience of control and tradition that we all want,” Plante said. “It helps to bind anxiety, feel solaced, and makes us believe that we will be okay. It makes us feel that we can control our fate.”

Dr Cynthia Thaik indicates cultural superstitions can sometimes lead to what some psychologists call magical thinking, or irrational thinking. People start to believe, in spite of any evidence to the contrary, that things are happening simply because they believe in them.

“It’s one thing to believe that positive thinking can get you the outcome you dream of,” she told Saludify. “It’s another to believe that your thoughts can control and manipulate things around you.”

Some people have an external locus of control, others an internal. In other words, she explained, you have a car accident and you say, “I could have avoided this with defensive driving” or you decide “the other guy was completely at fault and there was nothing I could do”.

The former gives you control. You feel better because you believe there are ways you can avoid having another accident in the future if you improve your own skills. The latter leaves you helpless. You live in fear, always looking in your rear-view mirror wondering when the next random accident will come along.

“If you believe that you have power and control over yourself and can influence external events, you are less likely to experience negative consequences from superstitions – an internal locus. An external locus can leave you feeling helpless, powerless, and psychologically disadvantaged,” said Jabbour.

She explained in many cases, superstition and rituals come about because of some real event, so they can appear to be grounded in fact.

At some point a pregnant woman touched a frog and her child was born with warts. Soon the whole community believed that no pregnant woman should have contact with frogs. That explanation is somehow easier to accept than a complicated medical explanation of the bacteria and viruses that may actually have caused the wart problem.

Why are some superstitions bad for health?

Thaik notes superstitions can lead to compulsive behavior and anxiety, and in some cases can lead to serious psychological problems, such as obsessive compulsive disorder or agoraphobia.

A small superstition such carrying a Smurf doll for luck when playing Bingo can evolve into a compulsive belief that the same object is necessary for daily function.

Being superstitious of Friday the 13th can escalate to the point where an individual may be afraid to leave the house on that day, which can evolve into agoraphobia, where they fear ever leaving home.

“Superstitious thinking is also linked to the notion of karma or predestination,” she added. “This type of thinking can lead you to a fatalistic viewpoint that nothing you do will make a difference – bad things will happen anyway.”

Aside from contributing to certain mental conditions, superstitions can put your health at risk by preventing you from seeking timely care from a medical facility.

Taking the time to treat Caida de la Mollera, for example, with treatments from a curandero, may prevent that infant from receiving the hydration it desperately needs. In this situation, delaying treatment for a folk illness can be fatal.

Are superstitions ever beneficial to Hispanics?

Believing in something invisible or magical can actually have a positive psychological effect in some cases, said Thaik.

An athlete wins the game because his pregame superstitious ritual gives him confidence, self-belief, and security.

A willingness to accept that there is something beyond the physical realm can help an individual tap into his or her inner self, a process that can lend strength and power not only on a daily basis, but in fighting illnesses such as heart disease or cancer.

“A belief in karma, fate or luck can help you rationalize negative events,” she said. “Rather than internalizing an event and engaging in self-blaming behavior, attributing the negative event to karma or superstition can be a positive way to avoid taking too much personal responsibility for the event. It can be a way to laugh bad things off and lessen their importance rather than internalizing them.

“A belief in the afterlife might be seen as superstitious, yet it brings great comfort to many people to believe that their loved one lives on within some cherished object or symbol.”

Plante’s opinion was similar, and he indicated if it is health promoting, reduces stress, creates community, and doesn’t hurt anyone, superstition is acceptable.

For those who wish to break the barriers imposed by superstition, Thaik indicates cognitive work can help overcome superstition.

They also gain insight into how their own actions and behavior can change outcomes, regardless of which day.

This article was originally published in Saludify.