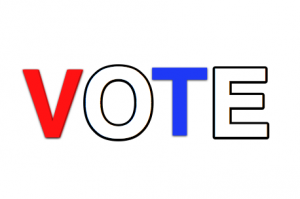 Before we begin mobilizing Latino voters for the 2012 presidential election, we must understand the population of available voters in our community as well as the total number of Latino elected officials. Keep in mind that of today’s 50.5 million U.S. Latinos, less than half are eligible to vote or run for public office due to age and citizenship status.

But registering and mobilizing Latino voters shouldn’t be enough. We should want more.

As we prepare to mobilize 15 million potential Latino voters for the 2012 presidential election, let’s work strategically with Latino families, Latino community leaders and Latino organizations across the nation in order to produce both a multitude of viable Latino candidates as well as the framework to position well over 10,000 Latinos in elected office by the following presidential election in 2016.

Joseph P. A. Villescas, Ph.D. is an independent consultant, writer and instructor. He conducts extensive investigations on Latino and other multidimensional populations that explore trends in their educational development, media consumption, internet usage, voting behaviors, racial categorization, organizational capacities and readiness for future leadership roles in community settings. He is also the founder and owner of Villescas Research, Media & Instruction, LLC.