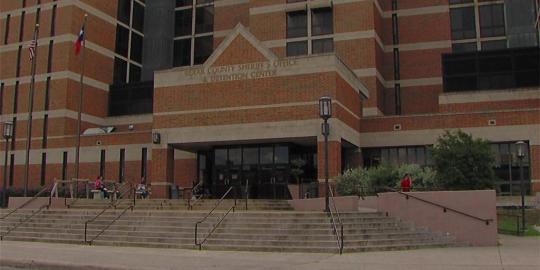 This commentary in the San Antonio Express News shines a light on a problem that extends beyond Bexar County in Texas. There are approximately 3,100 jail facilities throughout the Nation with 2.1 million incarcerated persons - 56 percent of them are persons of color.

Medical neglect in our nation's jails should be a growing concern. - VL

During the commissioners’ meeting, it was decided that the consulting firms would review overtime and five other issues, including inmate housing, jail population and retention of deputies — but there was hardly any mention of the investigation into a string of in-custody deaths, let alone the victims of medical neglect.

It’s been two years since the sheriff called for an investigation into the inadequate medical care, yet there’s been no update or any action plan to address concerns over the quality of care administered to those in custody.

While the public waits for answers, those incarcerated in Bexar County continue to suffer. Time and again, allegations that medical staff at the Bexar County Adult Detention Center were aware of and yet disregarded serious medical risks to those in custody have surfaced in court records.

The demographics of the jail population must not be ignored when considering the decision to omit the care complaints from the analysis. There’s no denying that the negative impact of excluding the medical neglect connected to in-custody deaths from the jail analysis would disproportionately affect communities of color; in Texas, for every white person imprisoned, 3.42 Black Texans will face imprisonment, according to the Sentencing Project, a nonprofit focused on criminal justice reform.