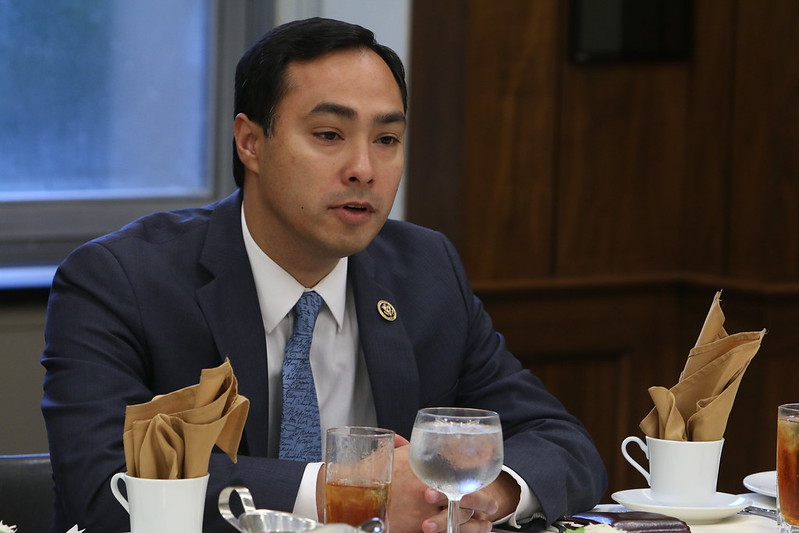 All 34 members of the Congressional Hispanic Caucus have unanimously agreed to support impeachment, calling for the immediate removal of President Donald Trump, now in his final days of office.

Since the deadly attack on the Capitol on Jan. 6, Trump has attempted to wipe his hands clean of the event, blaming congressional opponents, like those in the CHC, of inciting, “tremendous anger” in the country, in his first remarks since the event.

He defended his remarks of last week as “totally appropriate,” and took no responsibility for his words which did incite a mob to storm the capitol building, smash windows, threaten security officers, and steal federal property.

House lawmakers are now reconvening at the Capitol to discuss the imminent second impeachment of the president, who faces the single charge of inciting insurrection. The impeachment resolution is set to begin Wednesday, a week before President-elect Joe Biden’s inauguration.

Besides the Squad and progressive Dems, a united force behind the ramped-up efforts and visibility of the impeachment proceedings is the CHC, who later released a statement in support Trump’s removal on Jan. 11.

“The 34 House Members of the @HispanicCaucus unanimously support the article of #impeachment against Donald J. Trump. We took an oath to uphold the Constitution and protect our democracy. Every moment Trump remains in office, America is at risk,” reads the statement from the CHC, led by Rep. Raul Ruiz (D-CA).

The statement goes on to briefly recount the day through the eyes of the Latino representatives at the scene that day, adding that various members of the CHC were on the House floor in the gallery when the attack broke-out and escalated.

“Many of Trump’s loyalists and insurgents — who belong to white supremacy nationalist organizations — were armed, wore anti-Semitic symbols, carried the confederate flag, and hung nooses. They targeted political leaders with the intent of unlawfully keeping Donald Trump in power,” it read.

The CHC also stressed the vastly underreported gravity of the situation for those politicians on the House Floor, who only narrowly escaped because a few Capitol police did their job.

Had the coup been better organized, certain representatives would have surely been in real, life-threatening danger.

The racism of many of the rioters was proven even before they entered the Capitol.

Some were captured on camera reenacting the killing of George Floyd at the hands of Minneapolis police officers.

Many, just as they were fueled by Trump’s remarks on a “rigged” or “stolen” election, have been influenced by Trump’s incessant rhetoric regarding Latinos, and Black Lives Matter protests.

Reps like Alexandria Ocasio-Cortez (AOC), Cori Bush, other progressives, and BIPOC representatives could have been in immediate danger were they at the scene.

“We came close to half of the House nearly dying on Wednesday,” Rep. AOC said on ABC News Sunday night. “And if another head of state came in and ordered an attack on the United States Congress, would we say that that should not be prosecuted?”

Other prominent Latino Dems also amplified the statement, adding their individual support in the case of Trump’s impeachment.

“I voted to impeach Donald Trump once before for an abuse of power. After the attack on the Capitol, I will vote to impeach him once again for inciting an insurrection. He must face consequences for his actions,” wrote Rep. Raul Grijalva (D-AZ) on Twitter.

The House will convene on the morning of Jan.13 to consider the article of impeachment against Trump.

This article was originally published in Al Dia.