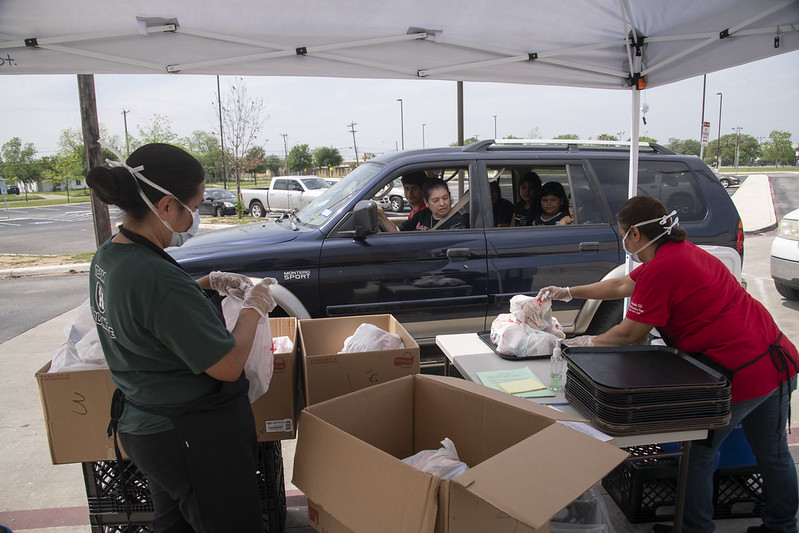 From the article: "According to recent data provided by the city of New York, Latinos had the second-highest rate of coronavirus deaths, with 259.2 per 100,000"

(CNN) — Two months into the coronavirus crisis, with many Americans clamoring for a return to business as usual, Latinos are still mourning the terrible toll on their communities. An Ecuadorean bus driver in the Bronx died at 66, months before retirement; an undocumented Guatemalan in Oregon lost his life; and a Salvadoran worker was the first Latino to die at a meatpacking plant in Smithfield, South Dakota. All three tell the disparate story of how Covid-19 has profoundly impacted Latinos in the United States.

But these tragedies — as well as the broad-based calamities caused by pay cuts, job loss and food insecurity — show that while their experiences and citizenship status vary greatly, Latinos are bearing a large, disproportionate share of the crisis.

According to recent data provided by the city of New York, Latinos had the second-highest rate of coronavirus deaths, with 259.2 per 100,000, behind African Americans, who are averaging 265. Nationwide, the Pew Research Center reports that Latinos are among the hardest hit due to the coronavirus: 40% of Latinos, compared to 27% of all Americans, had to take a pay cut, and 29% lost their jobs, as opposed to 20% of the overall population. Another recent analysis by the Latino advocacy group Mijente found that over 24% of Latinos work in low-wage jobs, a stat that doesn’t even begin to measure the even lower wages and poorer working conditions of undocumented workers.

The varied impact of the disease on Latinos gives us an opportunity to talk about the unwieldiness of the label itself, which was born out of a need for greater visibility and political power for those of Latin American descent in the US. Since the 1960s and 1970s, terms like “Hispanic” and “Latino” have been used almost interchangeably though the former is often seen as reflecting conservative politics and the latter liberal, while “Latinx,” a futurist label aims to be inclusive of non-binary LGBTQ folks is slowly growing in popularity.