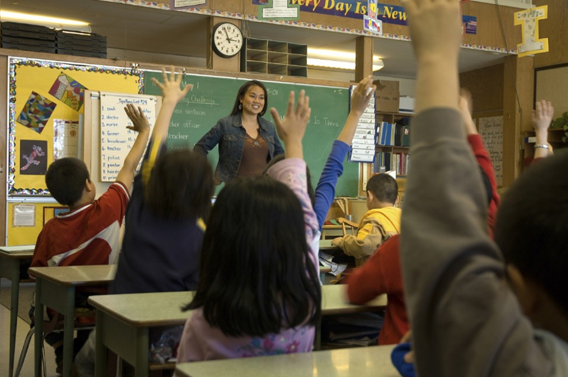 From the article: "In 1998, 7 percent of the average Latino child's classmates were white in big-city districts, and by 2010 that had dropped to 5 percent."

In 1998, the average Latino student in elementary school attended a school where 40 percent of her classmates were white.

But by 2015, the average young Latino student was attending a school with a student body of only 30 percent white students, demonstrating an increased level of ethnic segregation, according to a new analysis of student data. One factor is the growing share of Latino students among the elementary-school population, the study notes.

The isolation of Latinos is particularly high in large urban districts, said Bruce Fuller, a sociologist from the University of California Berkeley and a co-author of the study. In 1998, 7 percent of the average Latino child’s classmates were white in big-city districts, and by 2010 that had dropped to 5 percent.