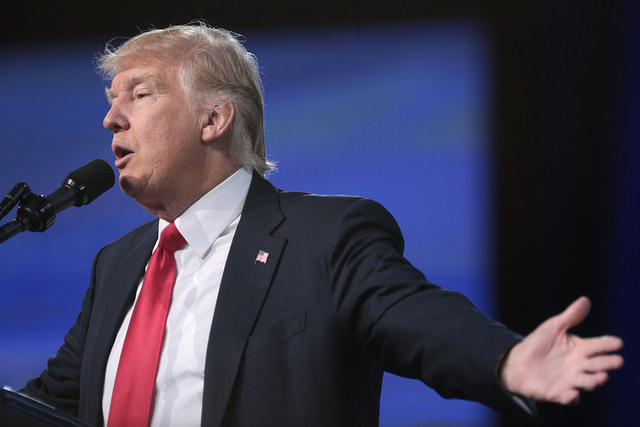 A poll shows a surge of approval from Latinos for Trump.

With an odd echo of Sally Field’s “You like me!” speech at the Oscars, Donald Trump on Tuesday touted findings from a poll that he viewed as showing a surge of approval from Latinos. “Marist/NPR/PBS Poll shows President Trump’s Latino approval rating going to 50%, an increase in one year of 19%. Thank you, working hard!” he Tweeted. The president also bragged on Sunday about his support from Hispanics, tweeting,“That is because they know the Border issue better than anyone, and they want Security, which can only be gotten with a Wall.”

What’s wrong with this picture? Just about everything.

If you find it suspect that Hispanics would be warming to the most anti-Latino and anti-immigrant president in history — during the government shutdown over the wall, no less — you’re right. Trump’s reaction to this polling, as well as the poll itself, does not really reflect an accurate snapshot of Latino political views.

In his Sunday tweet, the president asserted that Hispanics “know the Border issue better than anyone.” This is a presumption without evidence, and may come as a surprise to the millions of assimilated, U.S.-born Latinos who do not live anywhere near our southern border. Although Latinos certainly care about immigration, immigration issues are not necessarily the same as border issues. The questions surrounding DACA and the Dreamers, for example, have little to do with the border.