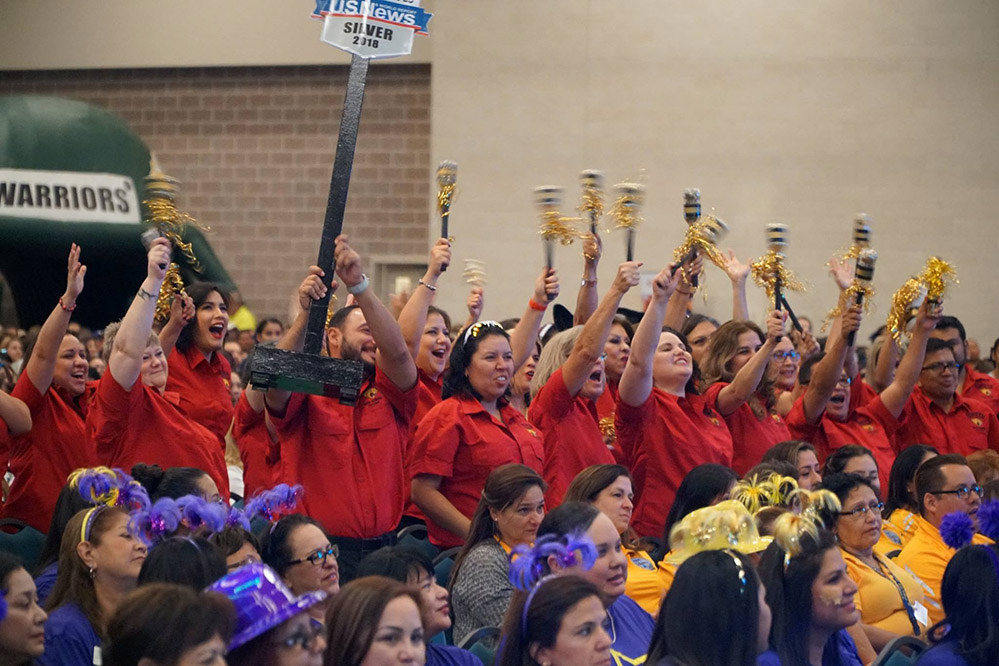 Congratulations to McAllen ISD! What a great way to start the new school year.

When the Texas Education Agency released its first, long-debated A-F report cards for school districts, no one cheered louder than the teachers and administrators in the McAllen Independent School District, located alongside the Rio Grande in the southernmost part of the state. The district earned 92 of 100 points on the new rating system, which translates to an A.

In this border town — in the news recently as the scene of aggressive immigration enforcement — almost all district students are Latino, 71 percent are economically disadvantaged, and 35 percent are learning English. According to a state website intended to help parents and others interpret the new ratings, 72 percent of the district’s students in all grades made more than one year’s progress during the 2017-18 academic year.

“You guys knocked it out of the park,” Superintendent J.A. Gonzalez told teachers gathered for group training at Morris Middle School, which earned all seven possible state distinctions for different strengths. “That takes hard work. It doesn’t come easy, and everyone in this library made it happen.”

Followed by a staff member posting to Facebook Live, the superintendent spent Monday delivering sheet cakes and speeches at McAllen schools. At Morris, teachers cheered when he busted out a signature move: throwing his arms up at an angle to mimic the gold A+ that takes the place of the A in the district logo.