Call your U.S. Congressperson and Senator . . . 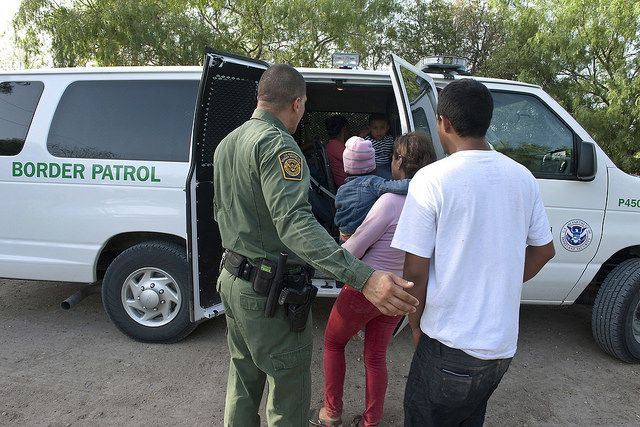 With the outrage growing over the separation of immigrant children from their mothers we want to provide more than another story to make you angry, again.

So here's a good piece from Vox that explains how the separation is taking place and the legal nuance behind what's happening at the southern border. Also, we want to show you can do to voice your outrage and demand that the separations stop.

on the right side of your screen to call your legislators to demand an end to the separation of families at the southern border.

Each day, dozens of immigrant families come to the US-Mexico border seeking asylum — and now the parents are being told that they’ve broken the law, are separated from their children, and are taken to jail. After the family separation, the children are swept into a completely different federal bureaucracy.

And there is no process to reunite the families.

My colleague Dara Lind has an excellent explainer that covers the various moving parts of the separation of migrant families at the border. But if you haven’t been following closely, this visual story should help you get a better understanding of how this process works — and how the Trump administration is justifying it.

1) The initial process for asylum seekers

Let’s say you and your child are from Honduras, among the world’s deadliest nations that aren’t at war.

Like thousands of other families, largely from Honduras, Guatemala, and El Salvador, you take the dangerous journey north to the US-Mexico border.

You could go to a US port of entry — like a border checkpoint — and claim asylum, which is legal. But you’ve heard that the ports of entry into the US can’t process asylum seekersquickly and that border officials sometimes refuse to accept asylum seekers.

So, like many other asylum seekers, you decide to cross between ports of entry.

This is a federal misdemeanor.

And upon crossing the border, you are apprehended by Border Patrol.

The Border Patrol agent asks if you fear persecution in your home country. You say yes. An official then interviews you to make sure you have “credible fear” if sent back. This is to determine whether you are eligible to go in front of a judge and seek asylum. (About three in four people are deemed credible.)

At that point, the US has to keep asylum seekers because federal and international law says they can’t deport people back to places where they would face danger.

Call your U.S. Congressperson and Senator . . .

. . . demand an end to the separation of families at the southern border.