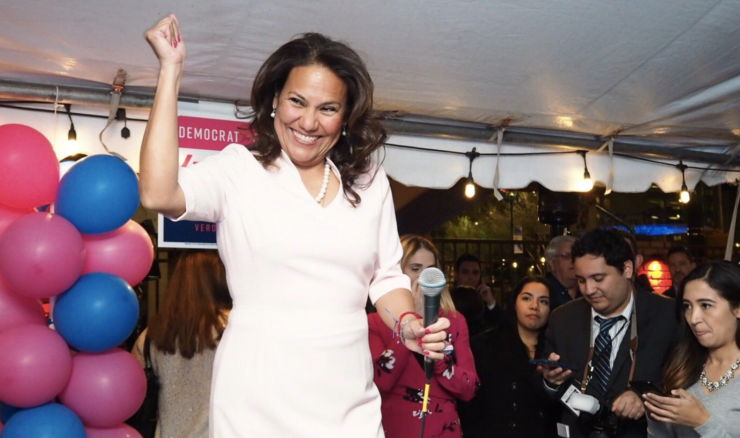 575 women are running for House, Senate and governor's office. 31 percent of women of color said that Trump’s election win increased the likelihood of their running for office or becoming more engaged politically.

A record number of Latina candidates are running for office this year — many of them fueled by rhetoric and policies coming out of the Trump administration that they hope to challenge.

According to Politico, at least 575 women, a combination of public service veterans and newcomers, are vying for House, Senate or gubernatorial seats — a wave that rivals 1992, the so-called “Year of the Woman.” That year, 24 women were elected to the House, the largest group to enter during a single election, while the number of women in the Senate tripled, though it must be noted that there were only three female members prior to the election.

Currently, a majority of the women running are on a Democratic platform, and many credit progressive women’s movements like #MeToo, which has brought attention to the prevalence of sexual violence, and the Women’s March, which has encouraged ladies to become civically engaged, for their decision to campaign for office.

Among the wave of female candidates are a historic number of women of color, who, more than their white counterparts, were inspired to run after the 2016 presidential election. According to a poll of 1,000 women conducted by Bustle Trends Group and VoteRunLead, 31 percent of women of color said that Trump’s election win increased the likelihood of their running for office or becoming more engaged politically. In comparison, 24 percent of white women echoed the statement.

For Latinas, frustration over Washington’s steady attacks on reproductive rights, immigrants, survivors of sexual violence, trans folks and the environment have energized them to run, many for the first time. FIERCE spoke with a varied cast of Latina candidates — millennial, immigrant, queer and small-town — about their campaigns and how they intend on resisting the Trump agenda should they be elected to office.