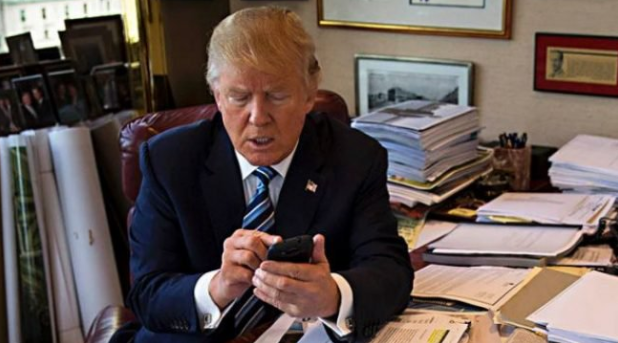 I'm not sure if this is a good thing or a bad thing. Many in the U.S. Latino community are unaffected by Trump's nasty Tweets because they've heard it all before.

This past week, President Trump took to Twitter to attack California’s sanctuary laws using infested and breeding, words more commonly associated with pests than people. To get reaction from the Latino community in California, we’re joined now by Pilar Marrero, a writer at the Spanish language daily La Opinion in LA. Welcome to the program.

PILAR MARRERO: Thank you for having me.

GARCIA-NAVARRO: So in a long line of Trump’s offensive language about Latinos and other brown and black people, did this tweet stand out to you?

MARRERO: Actually, not particularly because this has been a constant for President Trump, even before he was president. As we all remember, the day he launched his candidacy, he started calling out Mexicans and people who crossed the border. They’re a bunch of rapists and narco-traffickers. Although, I must say his use of the word breeding and crime-infested was particularly nasty. And it is tied to language that has been used historically to dehumanize particular groups of people.

GARCIA-NAVARRO: You write about Trump for the Latino community. How are these comments being viewed by Latinos more widely?

MARRERO: Not well. Many families are mixed and have people who are citizens and legal residents and may have someone who’s out of status for some reason. And there’s a lot of people who, you know, may employ or may be close to folks who are immigrants. And, yeah, everyone’s fearful, obviously.