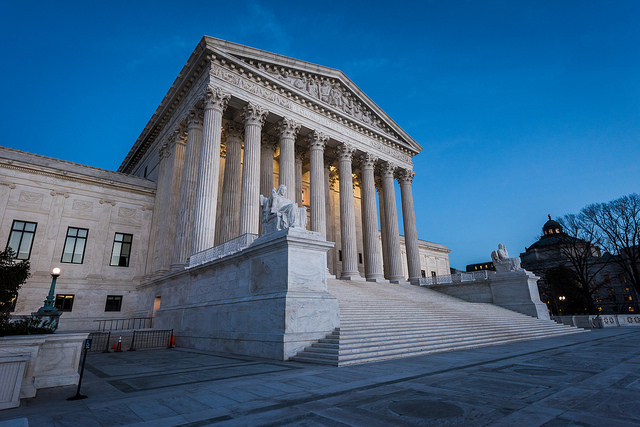 Why feature the Second Amendment in NewsTaco? Because it's an issue that affects all U.S. residents; because U.S. Latinos have opinions about the right to bear arms.

In 2008, in Heller v. District of Columbia, the United States Supreme Court, for the first time, interpreted the Second Amendment of the United States Constitution to protect “the right of law-abiding citizens to use arms in defense of hearth and home.”

In the public debates, proponents of unlimited access to weapons have misstated the meaning of the Second Amendment to defend their cause and oppose reasonable gun control. We who study constitutional law need to oppose this misuse of the law.

The court was extremely careful both to limit the expression of the right and to describe specifically the many limitations on that right. The constitutional right does not include the right to keep and bear an AR-15 or similar weapon. One can argue that Congress, state legislatures or city councils should not set any limits on keeping and bearing weapons. One cannot correctly argue that the Constitution prevents decision-makers from limiting the sale, possession, trade or use of any weapons, from semi-automatics to machine guns to bazookas to hand-carried Stinger anti-aircraft weapons.

The 2008 decision, Heller v. District of Columbia, as well as three subsequent Supreme Court opinions and opinions of several United States Courts of Appeals, have cabined the right and listed some of its many exceptions. The constitutional right is limited to use of guns for self-defense in the home, specifically handguns. The right excludes weapons like machine guns, short-barreled shotguns and other weapons most useful in military service.

The distortion of the Heller opinion in the public arena demands a more careful review of what the decision actually held and actually said. Heller is the first Supreme Court opinion to interpret the Second Amendment to guarantee any individual rights to keep and bear arms, even though the Second Amendment became law in 1791, 217 years before. The Heller opinion held that the District of Columbia violated the Second Amendment when D.C. outlawed the possession of handguns and the possession of any functional firearm, even in the home. The court held that Mr. Heller, a D.C. special police officer, had the right to keep an unlocked lawful handgun in his home.

Justice Antonin Scalia wrote the court opinion for the five justices in the Heller majority. Four other justices strongly dissented, finding no personal guarantee to keep and bear arms in the Second Amendment. I quote only the Scalia majority opinion here. The court held the Second Amendment’s “core protection” is “the right of law-abiding, responsible citizens to use arms in defense of hearth and home.” The court explained: “Like most rights, the right secured by the Second Amendment is not unlimited.” And “nothing in our opinion should be taken to cast doubt on longstanding prohibitions on the possession of firearms by felons and the mentally ill, or laws forbidding the carrying of firearms in sensitive places such as schools and government buildings, or laws imposing conditions and qualifications on the commercial sale of arms.”

The court in Heller also explained: “We also recognize another important limitation on the right to keep and carry arms. Miller said, as we have explained, that the sorts of weapons protected were those ‘in common use at the time.’ We think that limitation is fairly supported by the historical tradition of prohibiting the carrying of ‘dangerous and unusual weapons.’” Further, “the Second Amendment does not protect those weapons not typically possessed by law-abiding citizens for lawful purposes, such as short-barreled shotguns.”

The Supreme Court has found a Chicago city statute banning handguns to violate the Second Amendment and struck a Massachusetts law banning stun-guns. However, the court has upheld a federal law increasing prison terms for mere possession of a sawed-off shotgun.

In addition to the Supreme Court opinions, United States Courts of Appeals have gone even further to uphold as constitutional government prohibition of certain classes of arms and markets for those arms.  In a 10-4 decision in 2017, the Fourth Circuit Court of Appeals upheld a Maryland statute banning AR-15s and other military-style rifles and shotguns (referred to as “assault weapons”) and detachable large-capacity magazines. That court held that these guns and magazines are dangerous even in the hands of law-abiding citizens and are not self-defense weapons. The Supreme Court refused an opportunity to review this opinion.

These cases hold that whether to expand or limit gun use is up to the federal, state or local governments, except for the complete exclusion of handguns and stun guns.

The Supreme Court has often faced the dilemma whether to identify constitutional rights with their national effect, or to allow Congress, legislatures and local government to decide these issues. Many who support very strong national Supreme Court holdings on Second Amendment access to any sort of firearms, nevertheless criticize the Supreme Court for its national holdings on desegregation, same-sex marriage or reproductive rights. Those who seek expansion of Second Amendment rights are seeking court orders overruling the statutes and regulations of Congress, state legislatures and local governing boards. They are seeking court protection to overrule majority rule.

All of us may argue our own positions on what weapons should be available and what regulations the community can place on the sale and use of weapons.

However, except in a very limited range of non-military weapons for self-defense of home and hearth, we cannot correctly argue that the Second Amendment or other constitutional provisions prevent government control of weapons or their marketing.

Make your arguments for constitutional rights to AR-15s and Bushmasters, 30- and 100-round ammunition clips, and uncontrolled gun shows-for self-defense and sporting. The Constitution does not say that, and you disrespect the Constitution if you say it does.

Al Kauffman is a professor of constitutional law at the St. Mary’s University School of Law in San Antonio, Texas.