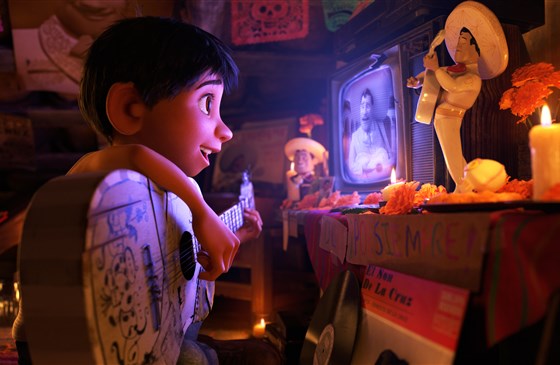 Latinos and Latino-themed movies won big in some of the top categories at the 2018 Golden Globe Awards on Sunday. Disney Pixar’s ‘Coco‘ won a Golden Globe for Best Animated Feature, while acclaimed Mexican director Guillermo del Toro sweep the award for Best Director for his dark fantasy film “The Shape of Water.”

“From the very beginning, we tried to create an environment that welcomed as many diverse voices as possible, not only in the consultants we brought in, but in the crew we assembled,” Lee Unkrich, director of ‘Coco,’ said in his acceptance speech. He also thanked the people of Mexico for sharing their traditions of Dia De Muertos (Day of the Dead).