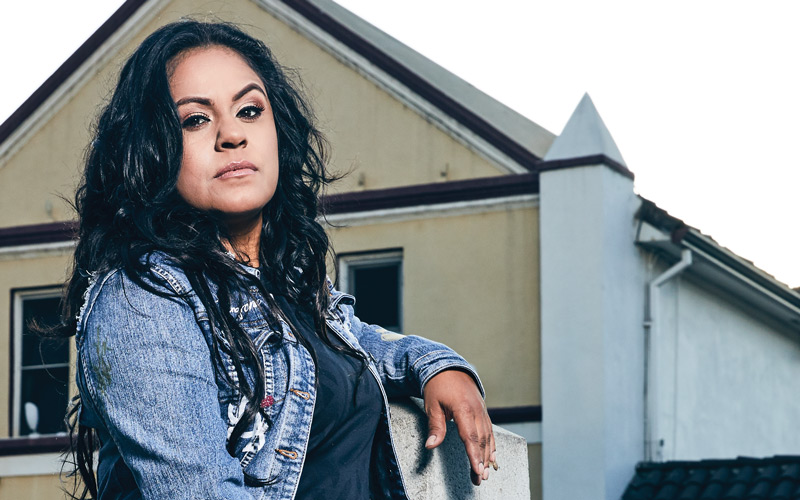 We all need a respite from the onslaught of Trump-induced news. Here's a great piece form our friend Sam Quiñones, about a former LA gang leader who went on to become a successful realtor. We can all use a good redemption story.

When Irene Rodriguez died last year at 72 of complications from Parkinson’s, Calvary Mortuary in East Los Angeles filled with mourners. A video screen showed photos of her beaming at various ages, for Irene was a woman who made her house a center of family and community life in the Florence-Firestone district of L.A. County. She and her husband, Raymond, a foreman at a plastics-compound plant in City of Industry, raised three daughters there, and as Irene’s siblings fell into drugs and gang life, she raised two of her nieces and a nephew as well.

One of those nieces sat in the second row of the chapel during the service. Dark-skinned with dark eyes, Arlene Rodriguez is an effervescent 45-year-old, yet she can quickly revert to double negatives and the finger-wagging “bitch, please…” swagger of the Florence streets where she grew up. Wearing a low-cut black dress that revealed a scar not far from her heart, she nodded to cousins, nieces, and ex-uncles, pointing out those who were down for the hood back when things were raging in Florencia 13, the dominant street gang in the area. Several of the men at the funeral had been to prison; a few women had husbands who were still locked up. Some people kept their distance from Arlene. Others approached to say hello. “My friends, they care about the person I am, not about the rumors,” she said to me quietly. “They’ve matured. They’ve moved out of that street thinking and barrio code of ethics.”