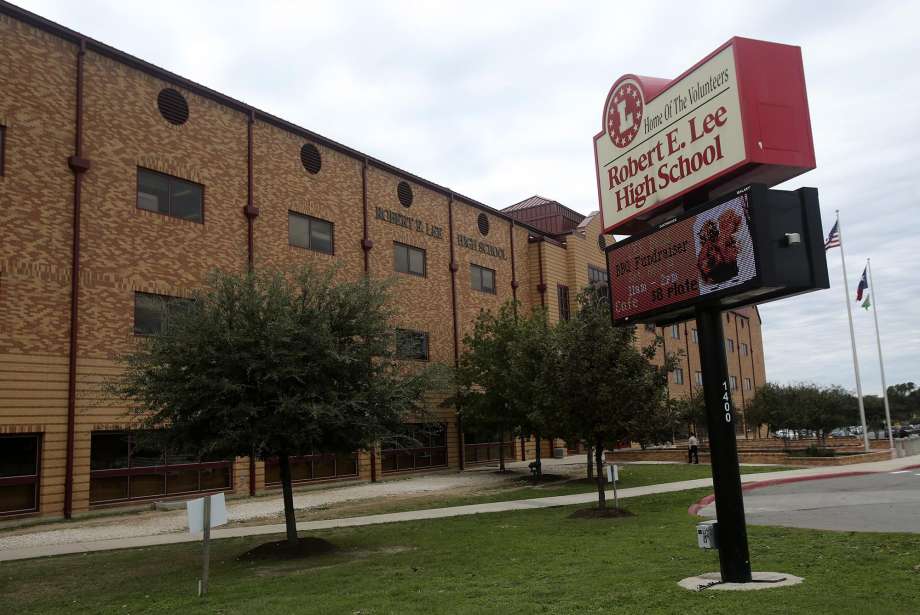 It's time for a Tejano-named high school in San Antonio.

Robert E. Lee High School, in San Antonio, Texas, will be changing its name. That’s what the North East Independent School Board unanimously voted to do last night.

But there’s no word on what the new name will be.

The school was established in 1958 and named to honor the leader of the separatist Confederate Army – the legacy of graduating classes goes back for half a century. Ricardo Antonio Chavira, the guy who co-starred with Eva Longoria in the Desperate Housewives television program, graduated from there. In fact, while the city of San Antonio has a 58.6 Latino population, the NEISD’s Latino student percentage is 58.2.

This isn’t the first time that a Lee name change is brought before the school board. The last time it failed. This time a group of current students took up the issue and won.

It’s odd (insert sarcastic eye-roll), but not one major public high school in the city’s 17 school districts is named after a notable Tejano.

I think this is a good opportunity to right that wrong. There’s no lack of potential names. Here’s a starter list, and I’m sure I’ve left many out and that many readers will take exception to some of these names or argue that others need to be included – this isn’t meant to be exhaustive, they’re suggestions intended to make a point:

I can go on, but a list is not the point. The point is that it’s time for a local high school to have a name that 58.6 percent of the population can relate to. The point is that the renaming of Lee High School is a good opportunity to do so.