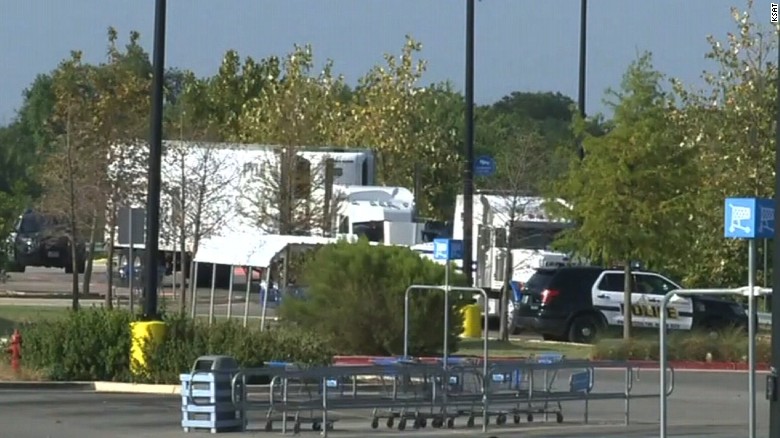 An average of 428 people die each year attempting to cross the U.S. southern border. In the past 14 years 6,000 undocumented migrants have perished in the crossing. Those are the facts, and that’s the headline we should be reading in the wake of this past weekend’s immigrant trailer tragedy.

Ten migrants died in a sweltering trailer when it was 101 degrees outside and as high as 130 degrees inside the rolling metal box. The particulars of the story are well-known by now: as many as 100 people may have been crammed inside the trailer; the semi was parked at a Wal-Mart in San Antonio, Texas, and the migrants were discovered around 12:30 last Saturday night – nine of them dead, several in critical condition. By Monday a tenth migrant had passed away.

In the coming days police investigators will know their names, how they came to be in that trailer, where they’re from, who put them there. The names of the ten who died will be added to the thousands who have met a similar fate.

This is the U.S.-Mexico border at its worst.

It’s the dark underbelly of the thriving cross-national trade; of a border culture that seeps and cross-pollinates populations on both sides. It’s the same way on any border anywhere in the world – political boundaries are limits and where there are limits there are opportunities and people eager to game them for profit.

At its best the border is nurturing and creative, it’s interdependent, tolerant and neighborly. But you’d have to be a border dweller to know that.

And the tragedy will be politicized.

This isn’t conjecture, it will happen.

Someone will say that the migrants – and they’ll call them illegal – would be alive if there were a wall to keep them safely on the other side. Nothing could be more untrue.

The ten died because of the desparate need to traverse half a continent in order to find work, they died because of the promise of a job, because someone on this side would be willing to give them work and look the other way. But the blame will be placed squarely on the victim, because it always is, because they lack a platform and a podium from which to have their say, silent as it may be. They will be blamed for their own tragedy because it’s politically expedient to do so, because politics is the one place where heartlessness and self-righteousness can sit side-by-side.

The story will be reduced to the ten, but it should be the story of the 6,000.

It should be the story of the nameless thousands who die in quiet, sun-baked agony in the deserts of the southern border – year in, year out.

Eight undocumented migrants will die crossing the U.S.-Mexico border this week, a wall will only make their death more expensive. A border wall will only benefit the smugglers who will see fit to charge a premium – there’s a wall after all . . .

The migrants will keep coming as long as there are jobs for them, and there will be jobs for them as long as Americans want cheap produce along with their accustomed standard of living. America is one of those places where consumption and willful blindness to its consequences sit side-by-side.

Maybe that should be the headline.