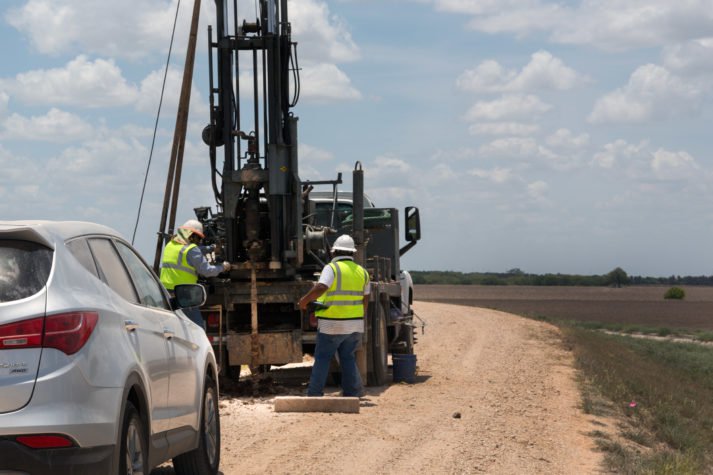 The first piece of Trump’s border wall will go through the 2,088-acre “crown jewel of the national wildlife refuge system.” VL

For at least six months, private contractors and U.S. Customs and Border Protection (CBP) officials have been quietly preparing to build the first piece of President Trump’s border wall through the Santa Ana Wildlife Refuge in South Texas. The federally owned 2,088-acre refuge, often called the “crown jewel of the national wildlife refuge system,” could see construction begin as early as January 2018, according to a federal official who has been involved in the planning but asked to remain anonymous.

“This should be public information,” the official told the Observer. “There shouldn’t be government officials meeting in secret just so they don’t have to deal with the backlash. The public has the right to know about these plans.”

CBP plans to construct an 18-foot levee wall that would stretch for almost three miles through the wildlife refuge, according to the official. The structure would consist of a concrete base, which would serve as a levee, and be topped with a fence made of steel bollards, similar to a levee wall built almost a decade ago near Hidalgo, Texas. A second federal official confirmed these details to the Observer.

On Friday afternoon, several workers were drilling into the existing earthen levee on the wildlife refuge and extracting soil samples to prepare for the construction. A security guard watching over the site asked me to leave when I started asking questions. Engineers from Michael Baker International, a global engineering firm, have been attending meetings on the project, according to the federal official.

The official said that the Department of Homeland Security picked the Santa Ana Wildlife Refuge as the first site for a border wall segment because it’s owned by the federal government, avoiding legal entanglements with private landowners. At least 95 percent of the Texas border is privately owned. As the Observer’s June cover story, “Over the Wall,” detailed, at least one-third of the 320 condemnation suits filed against landowners in 2007 are still pending.

Established in 1943, the Santa Ana Wildlife Refuge is one of the top birding destinations in North America. Home to at least 400 bird species and 450 species of plants, it also hosts both the rare Sabal palmand the endangered ocelot. The refuge is located on the Texas-Mexico border about 10 miles southeast of McAllen in the Rio Grande Valley.

If the levee wall is constructed, it will essentially destroy the refuge, the official said. The proposed plans call for building a road south of the wall and clearing refuge land on either side of the wall for surveillance, cameras and light towers.

Diaz would not confirm whether construction could begin in the Santa Ana Wildlife Refuge as early as January 2018.

The federal official pointed out that the Department of Homeland Security may transfer money from within the agency to build the segment of border wall at the refuge if budget negotiations stall. But he also offered a caveat: “Everything is unpredictable with this presidency.”

Congressman Filemon Vela, a Democrat from Brownsville, said he and Congressman Bennie Thompson, the ranking Democrat on the House Committee on Homeland Security, have requested a briefing from CBP on the matter.

“We’re going to come up with a plan and do everything we can to stop it,” Vela told the Observer. “The Rio Grande Valley isn’t rural Texas anymore. It’s a metropolis of 1.2 million people on this side of the river and 2 million on the other side. These refuges are sacred from an environmental standpoint. There’s so little protected land left and we need to do whatever we can to save it.”