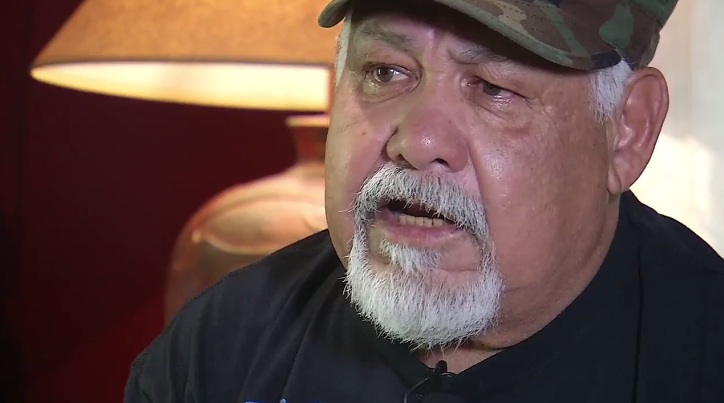 *This Vietnam veteran, born in Mexico, was awarded two Purple Hearts and given U.S. citizenship after his service. He’s misplaced his documents and after paying $345 the government wants more proof that he is who he says he is. He’s afraid he’ll be deported because he can’t prove he’s a U.S. citizen. VL

SAN ANTONIO – Jorge Valencia has a table full of military medals, but his two Purple Heart medals mean the most to him.

“This is the one for getting wounded,” Valencia said as he pointed to the medal.

Right after graduating from high school Valencia followed in his older brother’s footsteps and joined the Marine Corps.

“I joined for love of God and love of country,” Valencia said.

He went to Vietnam, where he was injured not once, but twice.

“I got shot in the chest. The round went in there, tumbled around, messed up one of my intestines,” he said. “When I came back to the states, I was pretty messed up.”

Life after war was difficult. Four marriages, four divorces and a lot of hardships later, he finally married the love of his life, Alice.

“It took me 30 years and this woman to get me to where I am now,” Valencia said.

His long-sought bliss has been jolted by a new fight. This time with the Texas Department of Public Safety as he’s trying to renew his driver’s license.