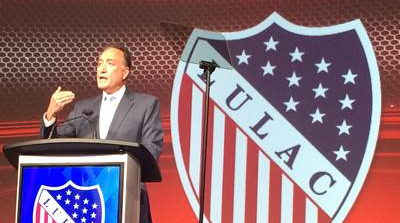 *Good question. I think it’s because we’re not the ones telling our story. We need to fight for our narrative. VL

Speaking to the League of United Latin American Citizens (LULAC) convention, Cisneros said the organization was formed out of a “sense of justice and a need to act” and “we are at one of those points again.”

Cisneros said he’s trying to find a way to use media to tell the country what Latinos mean to it, in the same way that Al Gore brought the issue of climate change to the public with his movie “An Inconvenient Truth.”