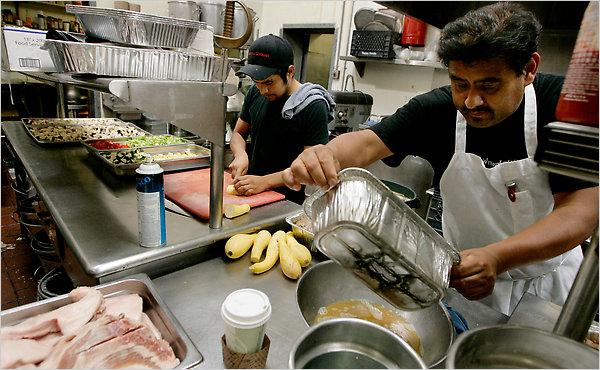 *If U.S. Latinos were a country on our own, we’d be the 7th largest economy in the world. VL

In 2015, the 55 million Latinos living and working in the U.S. were responsible for $2.13 trillion — or 11.8% — of America’s $18.04 trillion gross domestic product, according to a study released Thursday by the Latino Donors Collaborative, a nonpartisan association of Latino business, political and academic leaders.

And those contributions are expected to continue to grow.

By 2020, the researchers estimate that Latinos will fuel nearly a quarter of all U.S. GDP growth, and represent 12.7% of the country’s total GDP. Helping to power that growth will be the growing number of young Latinos who will be joining the workforce as an older generation of American workers — the Baby Boomers — retire.

“We are excited to have statistical evidence that proves what Latinos living in the U.S. have always known to be true: we are a hard-working, productive, and essential part of American economic growth and American society,” said Ana Valdez, executive director of the Latino economic advocacy group.

The researchers relied on data from the Census Bureau, Department of Commerce, Bureau of Labor, World Bank, and the University of Minnesota to reach their findings.

If the U.S. Latino GDP was considered an economy of its own, it would have been the seventh-largest in the world in 2015 — just behind France and ahead of India, the researchers found. In terms of GDP growth between 2010 and 2015, U.S. Latinos came in third, behind China and India.