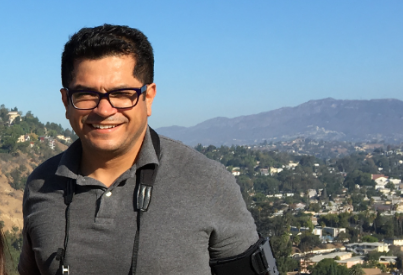 *The first Democrat elected to congress after Trump is Latino, He says the first order of business should be getting past the midterms. Then, communicate. VL

I’m Latino, progressive and I have deep roots in the working class — my father was a bracero, a guest farmworker and cook, and my mom worked as a nursing home laundry attendant. This month, I became the first Democrat elected to Congress since Donald Trump became president. Like every other member of Congress, my top priority will be my district. And like every other freshman, I’ll have to learn the ropes. But as the newest Democrat on the Hill, I plan to do my part to help steer my party in a winning direction.

Here’s what we need to do:

First, let’s get past the 2016 primary. We already know what polls tell us, that Democratic voters increasingly want the party to head in a more liberal direction. But the voters I talk to aren’t interested in a Bernie-or-Hillary litmus test — if they did, I never would’ve been elected to Congress. Sen. Bernie Sanders of Vermont carried my district in the primary last year but I supported Hillary Clinton from the start. Early in my campaign, media accounts cast the race as a proxy fight, but even if Democrats in the race (California has open, multiparty primaries) didn’t see eye to eye on every policy question, we agreed more than we didn’t.

And when it comes to pushing back on the Trump-Ryan agenda, there’s too much at stake for progressives to slice and dice ourselves into different factions. This month, House Republicans voted to gut the rules for Wall Street that were put in place to protect Americans from another economic meltdown. Meanwhile, a group of 13 Republican men is meeting in secret to craft the Senate’s response to the atrocious health-care bill, passed by the House, that is projected to take away health coverage from millions — despite polling that shows only 29 percent of Americans support the House GOP bill. To stop them, Democrats have to be united.

I give credit where it is due; congressional Democrats have stuck together to oppose Republican policies that would devastate middle-class and low-income families. They haven’t won every legislative battle, but we would be in worse shape without a united Democratic caucus. Democratic campaigns and candidates should take note: Our voters and the American people want strong progressive leadership. Not capitulation. But if, after two years, all we can say to voters is that we’re the anti-Trump party, there’s no reason to think we’ll win enough congressional seats to change the calculus in Congress. Resisting isn’t enough.

Next, Democrats must communicate in a way that directly appeals to people’s everyday concerns.