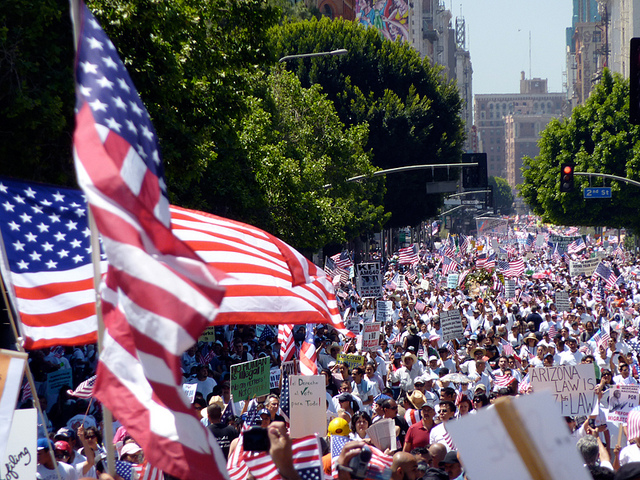 The Urban League’s recent annual report noted that while African Americans and Latinos have made strides on economic and educational indicators, they still lag significantly behind whites. The CEO of the Urban League, Marc Morial, cautioned that, “…any progress made toward racial equality is increasingly under threat.”

This caution is particularly timely for Latinos, who are watching the implementation of Trump administration policies that go against their general interests, according to our recent poll, and who lack a meaningful way to respond.

Particularly noticeable is the absence of prominent leadership capable of mobilizing Latinos and making their case nationally.

Objections among Latinos to Trump-led policies are of course not surprising, since a majority of Hispanic voters overwhelmingly supported Hillary Clinton over Donald Trump in the 2016 election. However, even with a Republican administration, Latinos, given their size, should have prominent voices in and around government, and their preferences should inform a large part of the debate.

One of our latest University of Maryland Critical Issues Poll (fielded by Nielsen Scarborough April 12 to 17, sample size 2,138 and with a margin of error ±2.12 percent) reveals that Latinos continue to be much more opposed than non-Latinos to policies that disproportionately affect minorities, such as the travel ban, immigration raids and building the border wall. More than 50 percent of Latinos oppose each of these three policies.

Stella M. Rouse is an Associate Professor of Government and Politics and Director of the Center for American Politics and Citizenship at the University of Maryland. Follow her on Twitter @Stella_Rouse.