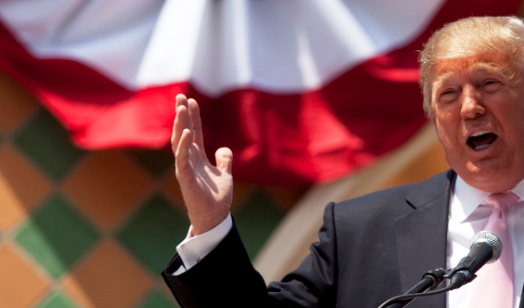 *It was the right thing to do. VL

Donald Trump will keep the Obama-era program in place that shielded millions of undocumented immigrants who came to the United States as children from deportation, contrary to his repeated pledges on the campaign trail to roll back the program.The Department of Homeland Security, in guidance posted Thursday night, said recipients of the Deferred Action for Childhood Arrivals program, otherwise known as DACA, “will continue to be eligible” for renewal, adding that “no work permits will be terminated prior to their current expiration dates.”
The news also comes as Department of Homeland Security Secretary John Kelly announced the rolling back of the Deferred Action for Parents of Americans and Lawful Permanent Residents, an Obama-era program known as DAPA designed to shield the undocumented parents of U.S. citizens and others from deportation.

Rolling back DAPA was largely a symbolic step—the program had never been implemented due to litigation. The back-to-back moves, however, offer some clarity on the administration’s stance on Obama programs that have long been a point of contention between immigration advocates and immigration restrictionists.