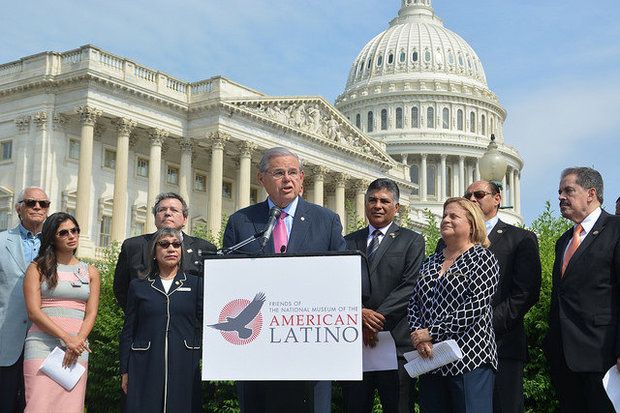 *This is yuuge! . . .  and about time. (*note to self, it’s not a museum, it’s an infrastructure project that happens to be a National Latino Museum.) VL

While Washington has been focusing on a number of other issues, supporters of a Latino Smithsonian museum have been quietly working behind the scenes, pushing Congress to vote this year on legislation to move the project forward.

While legislation to create a national Latino museum has been introduced in the past, the bills have stalled in Congress. But supporters say they feel confident this is their year.

“We have a unique opportunity here. We have a Congress that wants to move forward with positive projects,” said Danny Vargas, chairman of the Friends of the National Museum of the American Latino.

“The way we are presenting this to Congress is that this is a way to highlight and celebrate American history. We have in the White House a president who is interested in building up the nation’s infrastructure and this could be seen as an infrastructure project,” said Vargas, a communications strategist who recently ran for office in Virginia on the Republican ticket.