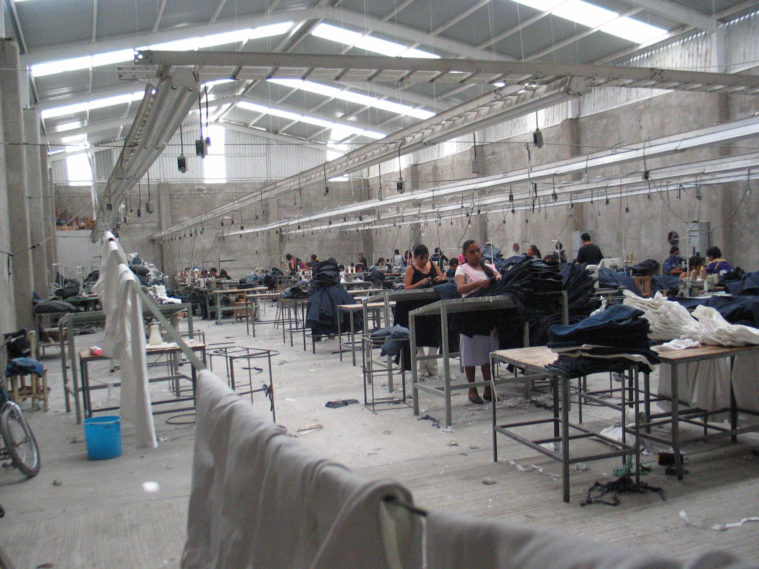 *NAFTA left a lot on the table for workers. I’m not sure that’s what Trump has in mind. VL

President Donald J. Trump has made no secret of his dislike for NAFTA, which he’s often pilloried as the “worst deal ever” and a “total disaster.”

Many Mexican factory workers would probably agree with Trump on one point: The North American Free Trade Agreement is a bad deal.

“We hope he’ll renegotiate it,” said Julia Quiñonez, coordinator of the Border Committee of Women Workers in Piedras Negras, Mexico, during a binational forum on border issues at the University of Texas at Austin in April. “When they first signed NAFTA it was promised that it would benefit workers and Mexico would enter the First World, but it was a total lie. What we saw instead was a huge increase in the cost of living, and stagnant wages.”

At the forum, Quiñonez was joined by three women who work in foreign-owned maquiladoras on the Mexican border.

With the devaluation of the peso last year, workers’ wages plummeted, said Quiñonez. “People don’t want to work in the maquilas, and then they have no remedy but to migrate.”

Bob Cash, a former factory worker and now state director of the Texas Fair Trade Coalition, said at the forum that he’d been struggling for years to get the media and policymakers to talk about the problems with NAFTA, only to have Trump thrust the issue back into the spotlight by accusing Mexican workers of stealing American jobs.

“What NAFTA actually did in Mexico was throw 2 million farm families off their farms, many of them forced to come to the U.S. to find work to feed their families,” Cash said.

Cash said he was initially thrilled to be invited on C-SPAN recently to talk about NAFTA, only to be alarmed by the end of the program. “Folks called in and most of the responses were racist,” he said. “It was, ‘We need to get out of NAFTA completely, build a wall and kick out all of the Mexicans because they’re stealing all of our jobs.’”

During the NAFTA negotiations in the early ’90s, U.S. negotiators got nearly everything they wanted, while their Mexican counterparts didn’t, said Cash. “It’s not like the Mexicans snuck across the border and into U.S. boardrooms and made these decisions to send jobs south,” he said.

None of the members of the forum was particularly hopeful that Trump would go to bat for working people, American or Mexican, if NAFTA were renegotiated. Cash said his mission was to convince his fellow white Americans — many of whom were under the sway of Trump’s rhetoric — that a fair trade agreement should include a living wage, as well as better safety and environmental standards for Mexican and American workers. “NAFTA hasn’t been good for workers in the U.S., Canada or Mexico,” he said. “But it has been good for a small slice of the economic elites in all of those countries.”

Melissa del Bosque is a staff writer and a 2016-17 Lannan Fellow at The Investigative Fund.