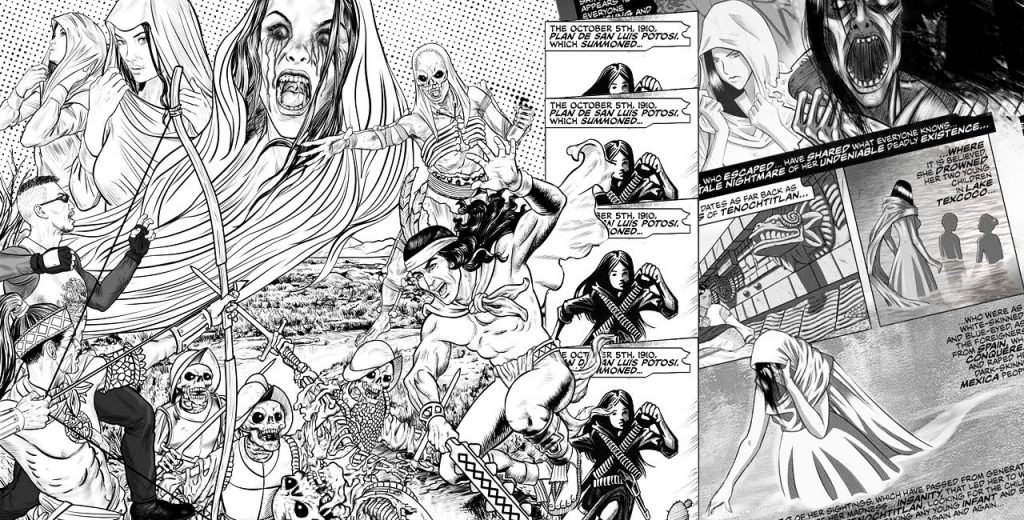 *This comic book artist is trying to raise money to take the characters he created in 1993 to the next level and a larger audience. VL

Back in 1993, Fernando Balderas Rodríguez created the kind of comic book character he could have used in his youth: a Mexican-American superhero. And he didn’t just stop at one, he actually created a pair of crime-fighting cousins – Tony Torres and Tony Avalos – who for the past 24 years have come alive inside the pages of Aztec of the City. The black-and-white comic book fuses bits of history with fictional events, with the purpose of representing Latino readers in a positive light and teaching them about their own background. Balderas Rodríguez has maintained these lofty goals for the last two decades by self-publishing three volumes of the comic book, and now he’s turned to Indiegogo to make Vol. 4 a reality.

Aztec of the City exists because of Balderas’ sheer determination. As a lifelong comic book reader, he understood the makeup of a comic book, but nothing beyond that. “Publishing the first Aztec of the City was very raw in that I didn’t really know what we were doing technically,” he told me in a message. “We didn’t use the proper professional art pages as I just went full steam ahead with putting together a Mexican-American hero in an industry where they were lacking – a genre and medium I know so much about and have always been passionate about.”

The comic book follows cousins Torres (Super Chicano) and Avalos (Aztec of the City). Though the two have a deep bond, neither knows that the other is a superhero. Using his extensive knowledge of comics, Balderas Rodríguez – who describes Aztec of the City as the first Mexican-American superhero –includes reverent references to the Avengers and X-Men. But the comics have changed throughout the years. For example, Avalos goes from being a construction worker in the first two volumes to being a college freshman in the third volume. Avalos also no longer flies, because as Balderas Rodríguez’s college professor told him, “if he were a true Aztec, he wouldn’t fly around like Superman.”

Art by Alan López for Remezcla