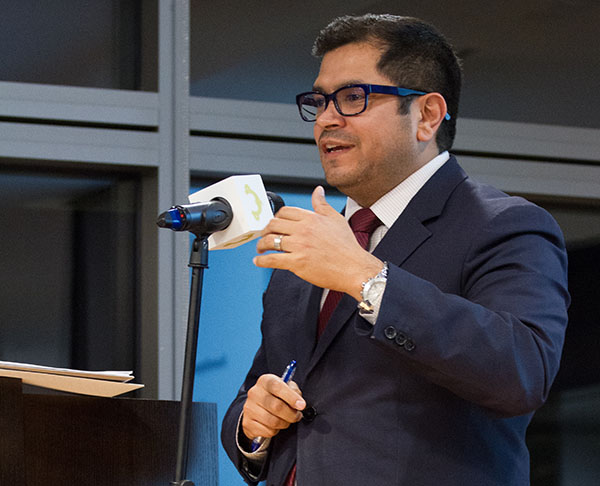 *This will be very interesting to watch. This is the race to fill the seat left vacant when Xavier Becerra left congress to become California’s Attorney General. The vote is divided among ethnic lines, Latino and Asian, and it’ll come down to voter turnout. The election is next Tuesday. VL

On the rowdy streets of the Koreatown district a few miles from downtown Los Angeles, it doesn’t take long to recognize the favorite candidate for an open U.S. House seat: Blue-and-gold campaign posters for Robert Lee Ahn greet diners at bustling dumpling houses and noodle shops.

The candidacy of Ahn, the son of Korean immigrants, in the 34th Congressional District has become a celebrated cause in a neighborhood where Korean barbecue restaurants and Korean-language signs testify to the neighborhood’s name and Asian-influenced history.

“As a Korean-American myself, it’s about representation,” says Jimmy Chai, who works in a commercial real estate office in the heart of Koreatown and has donated to Ahn’s campaign.

In a racially complex city, “you want someone who is from that area, who gets the nuance,” Chai said. “He understands the people in that neighborhood.”

Ahn is part of what is something of a political breakout for Koreans, who have not had one of their own in the U.S. House since the late 1990s.

The special election June 6 in the heavily Democratic district will not change the balance of power in Congress: Ahn is in a runoff with another Democrat, state Assemblyman Jimmy Gomez, to fill the seat vacated by now-state Attorney General Xavier Becerra, also a Democrat.

With the rivals occupying much of the same policy terrain on health care, immigration and resistance to President Donald Trump, the race could end up being a test of whether an inspired Asian community can elevate their local favorite in a district where half the registered voters are Latino.

Asians make up about 15 percent of the roughly 300,000 registered voters in the district, which was carried by Bernie Sanders in last year’s Democratic presidential primary.