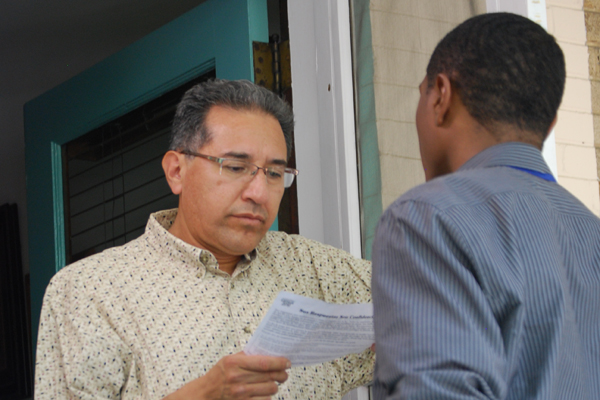 *This story has been flying under the radar, with all the attention going to the Trumpian antics. But we need to shine a constant light on it because it will have a deep effect on Latino politics and the Latino community. VL

Several events in recent months have hinted that the 2020 Census could be in serious trouble.

The latest funding proposals fall far short of what many contend is needed to prepare for the decennial count. In February, the Government Accountability Office added the program to its “high risk” list. And just last week, Director John Thompson surprised Census observers when he announced that he would resign at the end of next month.

Former agency officials and Census advocates are worried that inadequate preparation could potentially spell significant problems for the accuracy of the count. Given that congressional redistricting and funding for hundreds of federal programs all rely on the decennial Census, the reliability of the numbers carry far-reaching consequences.

Certain segments of the country, in particular, are much more vulnerable to inaccuracies or underreporting than others. Racial and ethnic minorities, poorer households and those on the margins of society could be disproportionately hurt if the Census reaches fewer households.

“The lack of resources will weaken the operations specifically designed to make the Census more accurate in historically undercounted communities,” says Terri Ann Lowenthal, a former staff director of the House subcommittee tasked with Census oversight.