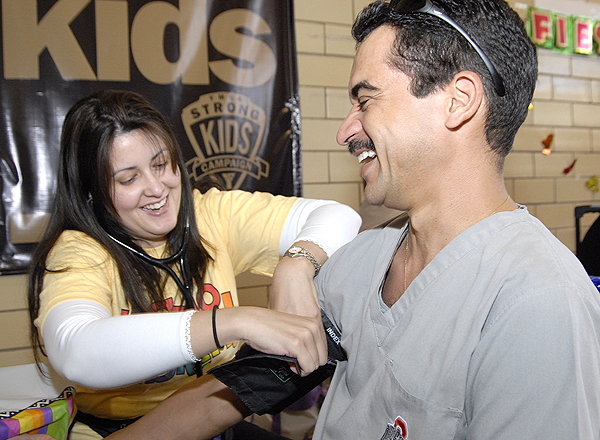 *Why you should read this: Because beyond being a cultural issue that has health repercussions, the fact the Latino men put off seeking medical care could be a health problem that has serious financial consequences for the entire health industry. Because, as the article states, by 2045 Latinos will be 25% of the population and our healthcare “could literally break the health care system.” VL

Peter Uribe left Chile at 21 with his wife and 2-year-old daughter, landing in Baltimore and finding steady work in construction. His social life revolved around futbol, playing “six or seven nights a week in soccer tournaments,” he says.

A couple of years after his arrival, he broke his foot during a game and afraid of the cost, didn’t seek medical care.

“Some of my family warned me that if I went to the hospital and couldn’t pay the bill, I’d get a bad credit record,” says Uribe, 41, who made about $300 a week and had no health insurance. “I wanted to buy a car or a house someday.” Instead, he hobbled through workdays and stayed off the field for three years; the residual pain is sometimes disabling, even two decades later.

For reasons both economic and cultural, Hispanic men are loath to interact with the health system. Women across all races are more likely to seek care than men. But the gender gap in the Hispanic community is especially troubling to health care providers. Studies show that Latino men are much less likely than Latinas to get treatment.

That is true even though Hispanic men are more likely than non-Hispanic whites to be obese, have diabetes or have high blood pressure. Those who drink tend to do so heavily, contributing to the group’s higher rates of alcoholic cirrhosis and deaths from chronic liver disease. Many take risky jobs such as construction workers and laborers, and are more likely to die from on-the-job injuries than other workers, government data show.