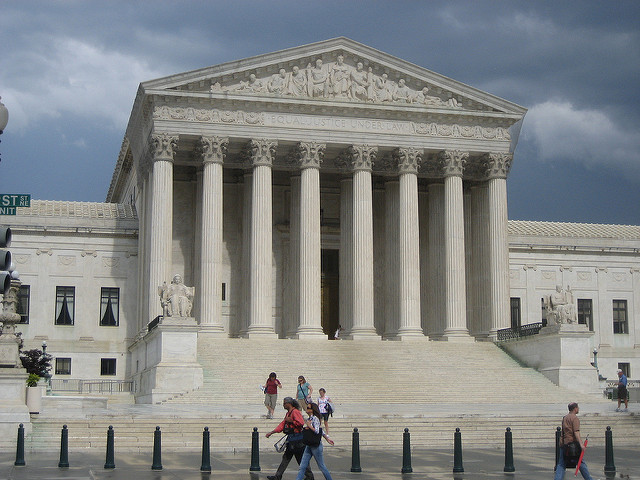 *Why you should read tis: Because this is what happens to red state legislatures that tried to cram voter ID laws immediately after the Supreme Court struck down parts of the Voting rights Act in 2013.  Because those efforts have failed in Texas, and now in North Carolina. VL

North Carolina voters probably won’t have to worry about a return of strict voter-ID tests any time soon. Monday, the Supreme Court announced that it would not hear arguments in North Carolina, et al. v. North Carolina State Conference of the NAACP, et al. That case was petitioned by Republican state officials, including then-Governor Pat McCrory, after the Fourth Circuit court found last year that a package of 2013 voting reforms, including the establishment of a strict voter-ID requirement and restrictions on early voting and same-day registration, “were enacted with racially discriminatory intent.”The Supreme Court’s didn’t consider the merits of the case in its denial of the petition for writ of certiorari. Functionally, that doesn’t matter much for voters in North Carolina, who will likely finally have some measure of stability in upcoming elections, after a hectic 2016 election cycle that featured the Fourth Circuit’s decision, a last-minute scramble to reestablish pre-2013 provisions, a push by local officials to disregard those provisions, a catastrophic storm just days before the election, and a drop-off in early voting among black voters.

The Fourth Circuit’s decision now stands, as does its assessment that the voter-ID law purposefully diminished ballot access for communities of color. Research the General Assembly itself commissioned found that minority communities were more likely to lack access to proper identification and more likely to use ballot-extended practices like early voting. With Democratic Governor Roy Cooper now in office, it seems unlikely that General Assembly Republicans—who crammed the bill through in the hours after the Supreme Court’s Shelby County v. Holder decision severely weakened federal oversight over state election laws—will be able to craft a replacement that could obtain his signature.