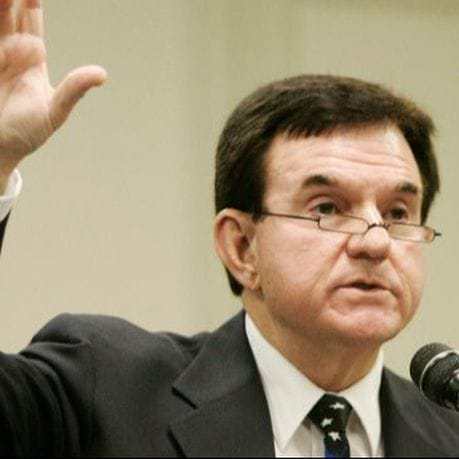 *Why you  should read this: Because the underlying story is about how this type of extreme bigotry has been emboldened in the Trump era. Becasue it’s a cautionary tale that needs to be amplified. Becasue this guy is a deacon of his “church.” VL

Republicans in the Oklahoma state legislature have a challenge on their hands: figuring out how to address a gaping $900 million hole in the state budget without raising taxes.

Some lawmakers have proposed firing nonessential college employees. Others want to drop a film tax credit, saving the state as much as $5 million.

Republican Rep. Mike Ritze told CBS affiliate KWTV that he has another proposal in mind: Rounding up the state’s 82,000 non-English-speaking students and handing them over to Immigration and Customs Enforcement.

“Identify them and then turn them over to ICE to see if they truly are citizens — and do we really have to educate noncitizens?” Ritze asked.

The lawmaker disagrees with the idea that the state should be responsible for educating children who aren’t citizens, though a 1982 Supreme Court decision, Plyler v. Doe, actually prohibits states from denying education to undocumented immigrants.