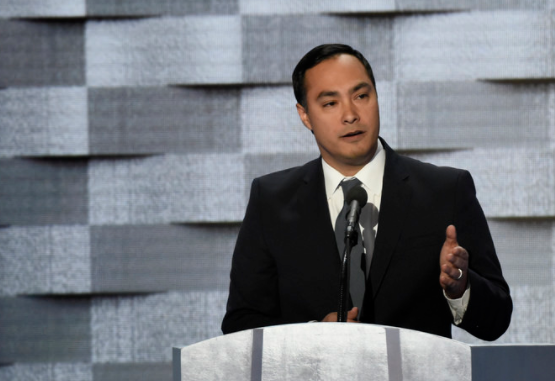 Rep. Joaquin Castro (D-TX) says he will not be running for the U.S. Senate against Ted Cruz.

Castro had promised to make up his mind as to whether he’d challenge the one term Senator at the end of April, and this afternoon he sent an email to his supporters with this final decision and reason:

“Over the last few months, I’ve traveled across our great state listening to Texans from every background and every walk of life.  Along the way, I met incredible folks with important stories to tell. I’ve been inspired by their passion and their optimism.

“In every conversation, one thing was clear: Texans want a Senator who will stand up for their families, not stand down to Donald Trump.

“I’ve kept my pledge to fight for hard-working Texans, and I’ll keep doing that. However, with the threats posed by Russia and North Korea, coupled with the reckless behavior of this Administration and their failure to invest in economic opportunity for the American people, at this time I believe I can best continue that work by focusing on my duties in the House Foreign Affairs and Intelligence Committees.”

That leaves El Paso Rep. Beto O’Rourke as Cruz’s only declared Democratic challenger. O’Rourke declared his candidacy in April, one year and seven months before the November 2018 election.