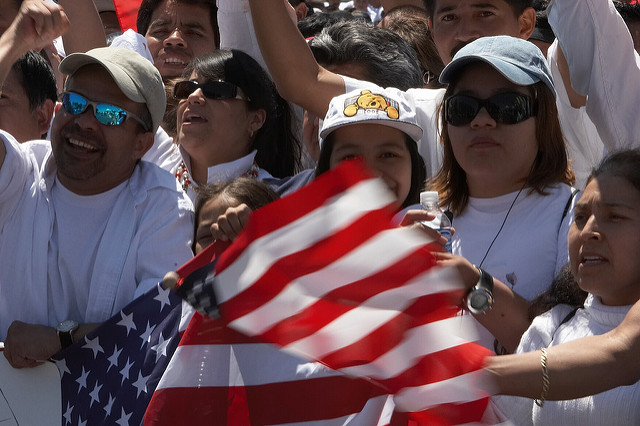 Buried in the fourteenth and fifteenth paragraph of a Pew Hispanic Center FacTank post is the future of Latinos in the U.S.

The post is about the past, about how immigration levels peaked about a decade ago then gradually waned to the low levels we have now – the lowest, apparently, since the end of the great recession.

There’s more, about how Mexicans were once the largest cohort of immigrants in the U.S. and how they stopped coming north so that they now teeter at the 50 percent level of the undocumented population. Immigration from Mexico reached a statistical net zero not long ago. It’s important because that fact alone can be construed in many different ways; Donald Trump says migrant and undocumented numbers have dwindled because he’s the president and, well, anyone can take two facts, stand between them, and say they’re about them. But the numbers and the dates don’t coincide, so the down slope on the migrant graph happened before him and has nothing to do with him.

None of this has anything to do with Trump . . .

. . . except paragraphs fourteen and fifteen, because they’re about the future, Trump’s future until the next election. This is what Pew says:

Latino immigrants have been steadily putting down roots by the millions, a consequence of the obsession with the U.S.-Mexico border and the need to secure it with walls and guards. It’s become a hassle to move back and forth across the border as immigrants used to, so they don’t do that as much. Instead they move around the country, going where the work is, starting families and business, so that now 66 percent of them have lived her for 10 or more years and 39 percent of them have U.S.-born children.

These are not the typical rapists and murderers that Trump would have you believe they are. I’ll give you an example. Early Thursday morning – around 3:30 or so – Texas State Rep. Victoria Neave ended a hunger strike she began on Sunday. Her intent was to call attention to Texas SB4, an anti-sanctuary city bill that was debated for more than sixteen hours. Neave is the daughter of a once-undocumented immigrant.

I’ll give you another example. U.S. Latinos are starting businesses at fifteen times the rate of all other ethnic and racial groups.

I could go on, these are the stories buried in the Pew report; about growth, and voice and transformation. Pew gives us the numbers that point to Latino rooting, if you will, the stories provde the context and direction.

This is about the future, regardless of what Trump tries to tell us the numbers mean. So yes, Latino immigration may be waning, but Latino immigrants are not. That story should be at the top of the new Latino narrative, and we should be teeling it ourselves.