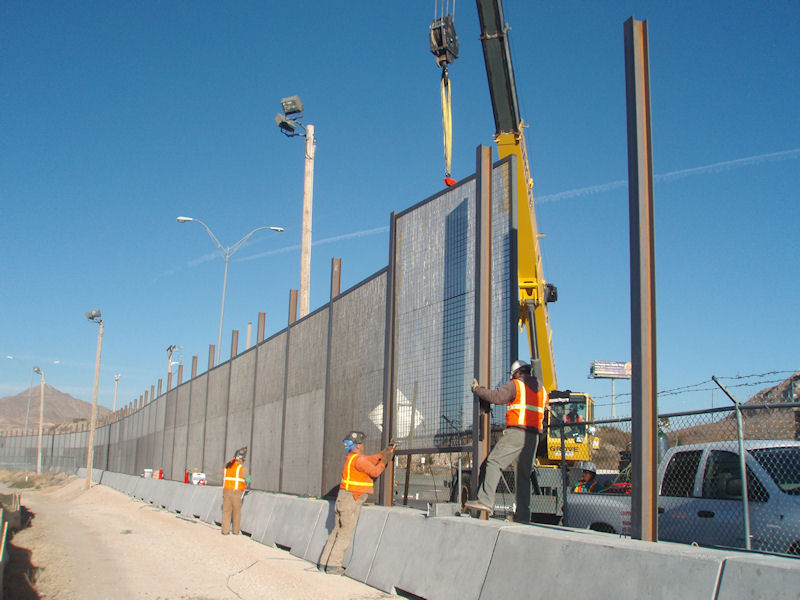 $20 million. That’s enough to cover the cost of seven miles of wall.

During the campaign, President Donald Trump promised to build a wall across the southern border some 1,000 miles long. The number of miles the president currently has money for: seven.U.S. Customs and Border Protection officials delivered the startling news this week at a conference in San Antonio for businesses eager to win contracts for beefing up security along the border. Although estimates to build the wall soar past $20 billion, the agency has so far managed to scrape together only about $20 million, according to its top contracting official. The rest of the cash will have to come from Congress, which so far has proven reluctant to foot the bill.That amount of cash would not go very far to build a real wall — existing fence along the border costs roughly $2.8 million per mile.

Instead, the agency plans to spend the money on eight model walls, planning, engineering and early-stage land acquisition.

The two-day conference in a cavernous convention center packed with border security gear like aerial drones and radar-equipped pickup trucks was an opportunity for CBP officials to detail plans for Trump’s border wall — and also the hurdles to its construction.

The contracts for the prototype walls — some made of concrete, some made of other material, all to be “aesthetically pleasing” per Trump’s wishes for a beautiful wall — will be announced later this summer.

The prototypes will guide construction for more permanent walls that will be built along 14 miles in San Diego and another six miles in the Rio Grande Valley in Texas, on land the agency has plans to build on or has already obtained.

Although Trump directed the Department of Homeland Security to build a “contiguous, physical wall or other similarly secure, contiguous, and impassable physical barrier,” border officials made clear that the wall will not stretch the length of the border. Currently, about 650 miles of the 2,000 mile border has some kind of fence.

Instead, top officials said the agency will build physical barriers in some areas and use technology such as ground and radar sensors elsewhere.

“It’s not just physical structure,” said Ronald Vitiello, chief of the U.S. Border Patrol. “We’re not just buying barrier. That would not be smart.”

But none of the new wall will be built unless Congress approves Trump’s request for $1.4 billion in the coming fiscal year. House Speaker Paul Ryan, R-Wisc., has indicated he will not include the money in a budget bill expected later this month to extend government funding.

Current trade agreements mean foreign companies, including some big firms in Mexico, might well get in on the building of the president’s wall.

If the money eventually comes through, it will take two years to start construction, said Mark Borkowski, the agency’s chief procurement official.

Other factors could also throw off the schedule. The cost of obtaining land along the Texas border, which is largely in private hands, and in California, where real estate is expensive, could in some cases cost more than the wall itself.

Borkowski said he also anticipates the possibility of bid protests filed by competitors who believe they were unfairly denied contracts. And, of course, protesters may attempt to block construction.

Business leaders at the conference, skeptical of the utility of a wall, were primarily focused on technological solutions.

Michael Pine drove a hulking gray and green camouflage tractor trailer onto the convention hall floor. Designed as a mobile command post, the trailer expanded on each side to hold 20 bunk beds, an office, two armories, 33 lockers, a television screen and an air purification system. A second tractor trailer provided supplies.

Pine, the vice president of business development for Florida-based Cinetransformer Group, said the system would allow border patrol agents to move up and down the length of the border for 20 days at a time without refueling. The cost: $1.5 million.

“To heck with a wall,” he said. “You can drive these guys up and down the border. That would take care of everything.”

This story was originally published in ProPublica.

T. Christian Miller joined ProPublica in 2008 as a senior reporter based in Washington, D.C. He spent the previous 11 years reporting for the Los Angeles Times.