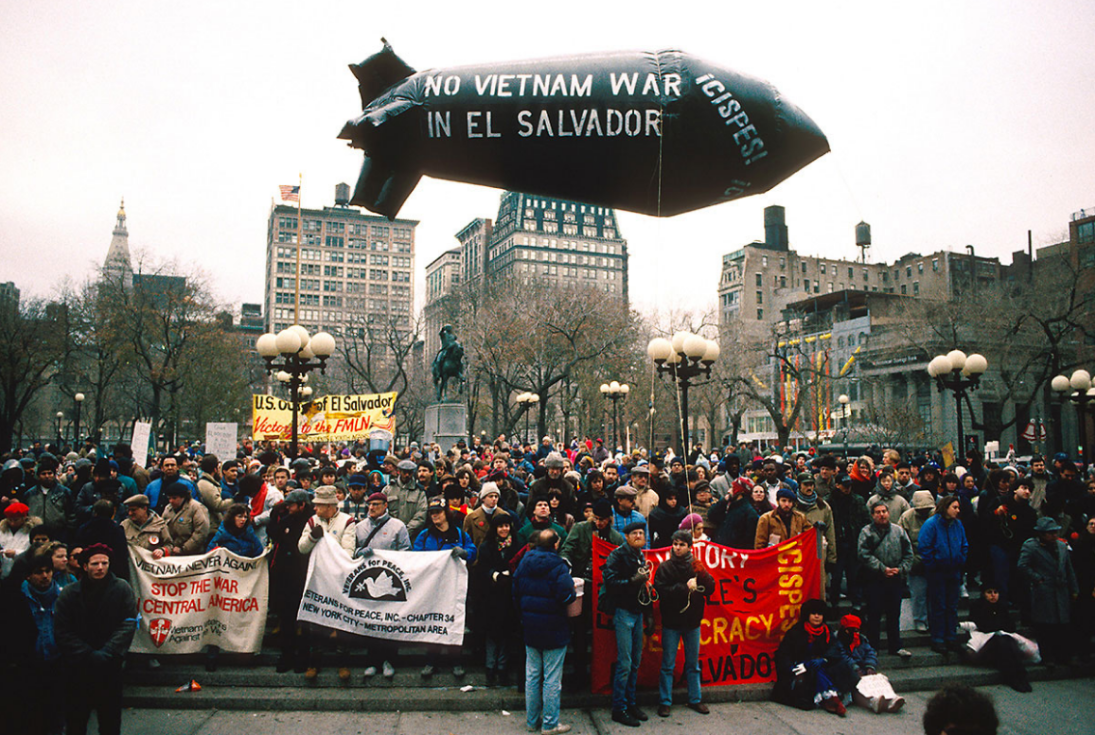 *Why you should read this: Because while we focus on Trump’s disdain for Latin American’s we shouldn’t forget that the U.S. has a long history of meddling in Latin America. Because this isn’t new. VL

ince it began nearly six years ago, the Syrian civil war has prompted difficult foreign policy debates about US interventionism and what our role in the region – and more broadly, in the world – should be. Could the use of direct US military force in Syria help stop the unfolding humanitarian crisis there? Or does military action, (even if we assume the best of intentions), do more harm than good?

While Obama took the latter position during his presidency, Donald Trump has adopted a more hawkish stance, authorizing the launch of 59 cruise Tomahawk missiles at an airbase in Syria last week. The strike, which constitutes the first direct US military action against the President Bashar al-Assad regime, was a response to Assad’s suspected involvement in a chemical weapons attack that killed at least 70 Syrian civilians. In its wake, the world is left wondering how US intervention in Syria and beyond will look under the Trump administration – particularly given that this move directly contradicts Trump’s isolationist campaign rhetoric.

As we look ahead to what Trump may plan for the future, it helps to look back at lessons from the long history of US military intervention. When I first heard about the situation in Syria, it echoed the Salvadoran Civil War my parents and siblings fled in the 1980s. The US was heavily involved in funding that conflict, providing weapons, money and political support to El Salvador’s right-wing government. Today, El Salvador remains the deadliest country in the world after Syria, despite the fact that the war officially ended 25 years ago.

As many try to assuage their fears about Trump’s election by suggesting that the US has survived worse – “we survived Reagan” is a common refrain – we’d do well to remember that hundreds of thousands of people didn’t survive Reagan’s intervention and proxy wars in Central America. If we want more people to survive this new administration, we need to learn from the serious ramifications and unintended consequences that our military interventions have wrought in the past.

With that in mind, here are some of the repercussions of the US’s involvement in Central America that are still relevant in our current political context: The Trump administration has garnered criticism for the hypocrisy of its Syria position – bombing the Assad regime, supposedly in the name of protecting innocent Syrian civilians, while simultaneously refusing to take in refugees.  This, however, is not an unprecedented move.

The United States government was instrumental in funding right-wing militaries during the Guatemalan and Salvadoran civil wars that cost hundred of thousand of lives between them. Under the Reagan administration, the innocent people fleeing this warfare weren’t considered refugees, but rather were labeled “economic migrants.” As a result, fewer than three percent of Salvadoran and Guatemalan asylum cases were approved. This moral failing to protect human life led to the rise of a religious-backed, anti-imperial grassroots movement known as the Sanctuary Movement, which sought to defy the US government and shelter Central American refugees.

We’re in desperate need of second coming of the Sanctuary Movement, as there over 60 million refugees worldwide, more than in any point in history according to the UN Refugee Agency.