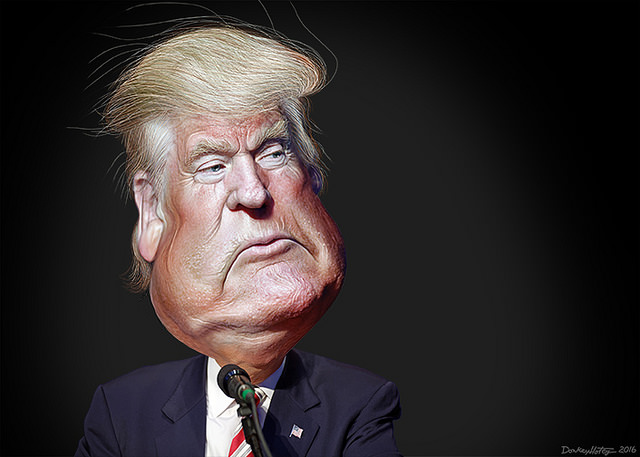 *Henry Flores lays out his case for why President Trump should be impeahced. VL

Just when you thought things had achieved a minimal level of normalcy the crazy guy does it again.  This time he has accused former President Obama of wiretapping his offices at Trump Tower during the election campaign!  Of course, no one but extreme alt-right conspiracy theorists believes him.  His staff is at odds trying to figure out how to fix this mess.  What they need to do is take his Blackberry or whatever he uses to Tweet with away from him.  He’s acting like an unbalanced juvenile delinquent who has no impulse controls.

[pullquote]The only reason that the FBI would know of the meetings the Trump aides had with Russians is that they were keeping the Russians under surveillance.[/pullquote]

Interviews with the former directors of National Intelligence, the CIA, and the FBI over this past weekend revealed that nothing of the sort happened.  The president cannot just order a wiretap.  A governmental agency has to order the tap after presenting a mountain of evidence to a federal judge that there is probable cause that a crime is being committed.  The judge will not issue a tap just so some government agency or official can to go on a fishing expedition.  Even the intelligence committees of both chambers of congress knew nothing of this sort was going on.  Only in the mists of the Orange Guy’s head (perhaps years of hair coloring have messed up the internal chemistry of his brain) is there any wiretapping going on.

Various commentators have speculated that The Donald accused President Obama of this dastardly act to deflect attention away from the Russian scandal slowly simmering in the White House.  An FBI investigation has uncovered that several of Trump’s campaign officials, including Jeff Sessions the new Attorney General, met with various Russian government officials and bankers during the election.  Additionally, there is some evidence that there was an attempt by the Russians to undermine Hillary Clinton’s campaign.  If there is a connection between the Trump election advisers and the Russians to collude to defeat Hillary then you have a serious violation of the law and several Trump aides and former advisers will be in danger of doing serious federal time at one of our nation’s exclusive prisons.  Can you imagine soft guys doing hard time?

[pullquote]Congress must exercise its responsibilities and begin impeachment or removal proceedings. [/pullquote]

Why Would the FBI Know About the Trump-Russian Connection?

[tweet_dis]The only reason that the FBI would know of the meetings the Trump aides had with Russians is that they were keeping the Russians under surveillance[/tweet_dis] and the Orange Guy’s aides got swept up in the operation.  So, if anything it was the Russians that were the subject of any wiretapping operations, if there were any, and not Trump’s people.

Most importantly Russia has never been our friend.  Russia envies the global presence of the United States and would like nothing better than to supplant us.  Making the United States appear clumsy and stupid undercuts the perception of our global competence.  [tweet_dis]World leaders who meet with our president over various issues want to know they are dealing with a stable, conscientious and reliable adversary[/tweet_dis] and not a raving unpredictable lunatic.

If our allies determine that they cannot honestly deal with or rely on the United States for support then they will form other alliances and slowly relegate us to the ash heap of unimportant countries.  One particularly serious issue that could undermine our entire economy would be if our allies shifted their alliances to the extent that the United States finds itself internationally isolated.  If this happens then we can experience growing rates of inflation and more periodic phases of bad economies, depressions and recessions.

What needs to be done?

At least in my humble opinion I feel that Mr. Trump needs to reflect long and hard (I don’t think he is capable of this) and decide whether he is really fit to be president (I don’t think he can question himself this way).  If he feels he cannot run this country then he owes it to the people to step down.  If not, then congress must exercise its responsibilities and begin impeachment or removal proceedings.  Maybe he is not emotionally stable.  Recently he has looked terrible and out of sorts with himself and he needs to take a break from the real world.