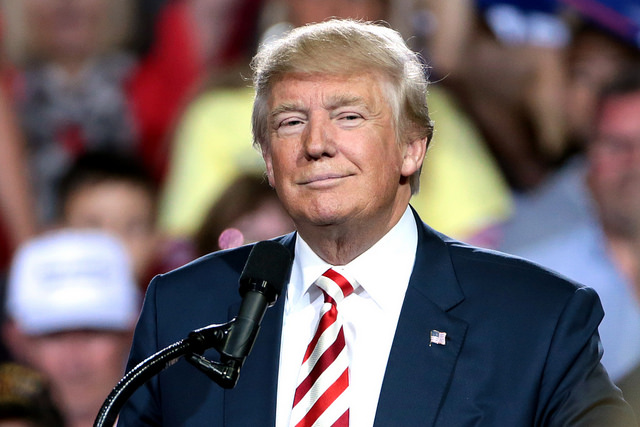 *Why you should read this: Because the Trump/Putin relationship, or lack of it real or imagined, is a dangerous for what it assumes about both the Russians and the U.S. president. VL

I know I swore not to pronounce his name in public ever again but the serious nature of what I’m about to say requires a degree of formality.  The Russians have done their dirty deed and have their man in the White House.  However, like a Russian many years ago discovered, if you try to interfere in our culture without understanding our culture, you are bound for failure.  Many years ago another Russian strongman, Nikita Khrushchev, tried to bully a young President Kennedy thinking that his soft upper class background would send him running.  Khrushchev didn’t read JFK’s biography to understand how tough Kennedy really was.  This caused his strategy to backfire and Kennedy won the nuclear game over the Cuban Missile Crisis.

What the Russians Miscalculated?

Notice that over the last couple of weeks Vladimir Putin has remained relatively quiet about Trump.  The reason is he has realized he made a major miscalculation like Khrushchev in the past.  He misunderstood Trump and the reaction of the American people and most of our institutions to Mr. Trump’s antics.  Most importantly, [tweet_dis]Mr. Putin lacks an understanding of how our government is structured and how it functions beyond what is taught in elementary school.[/tweet_dis]

Read more stories about Trump and Russia in NewsTaco. >>

I’m not going to enumerate the complexity of Putin’s misunderstanding because, frankly, it is not clear as to which variable or element is the most important or which came first.  Nevertheless, here is what I see as to what Mr. Putin completely misunderstood about us.

[pullquote][tweet_dis]Trump’s showing at the polls didn’t give him a mandate other than maintaining our economy, improve healthcare, and the quality of life. [/tweet_dis][/pullquote]

Just because Mr. Trump won the Electoral College by one of the lowest margins in the history of our country, his margin was 46th out of 50, doesn’t mean he has popular support.  As a matter of fact the majority of Americans did not support Mr. Trump.  He lost the popular vote by as much as three million votes.  That may not sound so large given the size of our electorate but it is given the history of presidential elections; Mr. Trump’s margin of “victory” ranked 47th of 50.  [tweet_dis]Not only did he lose the popular vote his margin of lose was third to the last in our history; making Mr. Trump one of the least popular “winners” of all time.[/tweet_dis]

Mr. Trump’s meager showing at the polls did not give him a mandate to do anything other than continue maintaining our economy at its current pace, to insure that our healthcare plans were improved over what President Obama started, and to continue improving the quality of life that had reached pretty good levels over the past eight years.  The public did not signal for Mr. Trump to go into office and begin issuing a bunch of executive orders that were ideologically narrow, legally inappropriate and based on a lack of knowledge and information.

Vladimir Putin thinks, as does Donald Trump, that just because you are the president of a nation you deserve the undying respect and loyalty of government employees and citizens.  I can’t speak to Russian society because I don’t know very much about it but I can tell you this about respect and loyalty from government employees in our nation.  You have got to earn it!  Presidents are citizens and “they put their pants on” like everyone else.  We do not expect to have arrogance, particularly based on wealth and ignorance, thrown in our face and then told to follow orders blindly.

[pullquote]Word has come from Russia that Putin is now worried that his meddling has resulted in a great blunder.[/pullquote]

One reason that Trump is having such a difficult time filling positions in his government is that the word is out that there will no longer be any room for agency heads to appoint their own deputies or have any discretion in decision making.  Worst, prospective employees are required to totally support Mr. Trump’s agenda and not argue with their superiors.  This has resulted in a narrowing of the field of possible employees and is playing itself out on the national security scene.  Trump is having a difficult time filling the National Security Advisor’s position, one of the most sensitive and important at that level, because none of the qualified candidates want the job given the requirements.

Word has come from Russia that Putin is now worried that his meddling has resulted in a great blunder.  [tweet_dis]Trump’s erratic behavior is raising a lot of eyebrows with some feeling he is emotionally disturbed or just plain not up to the job[/tweet_dis] making him susceptible to removal from office.  If this happens then Putin will lose a puppet and may have to deal with a successor who will be angry at the Russian for trying to control our government.