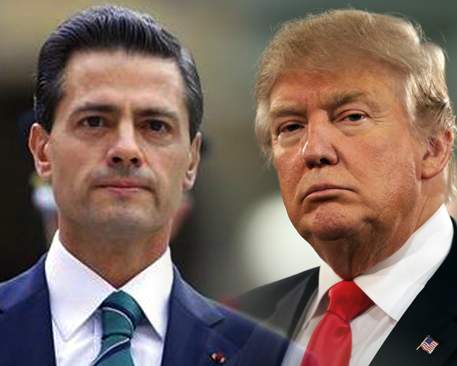 *Why you should read this: Because this is a very good blow-by-blow account of how  U.S.-Mexico relations came to this. Because president Trump is changing our politics and international relations faster than anyone anticipated. VL

[tweet_dis]The president of Mexico said on Thursday that he was canceling his scheduled meeting with President Donald J. Trump in Washington next week[/tweet_dis], rejecting the visit after the new American leader ordered a border wall between the two nations.

The move by Mexico’s president, Enrique Peña Nieto, brings to a head the simmering tensions that have been building for months between the two nations. After calling for dialogue in the face of Mr. Trump’s vows to build a wall, Mr. Peña Nieto ultimately bowed to public pressure in Mexico to respond more forcefully to his northern neighbor.

[pullquote]It is an unprecedented moment for the bilateral relationship.” -Genaro Lozano, professor at the Iberoamerican University in Mexico City.[/pullquote]

The decision to cancel the meeting was the result of a remarkable back-and-forth between the two sparring leaders, much of it delivered on Twitter.

On Wednesday, the new American president signed an executive order to beef up the nation’s deportation force and start construction on a new wall along the border.

Adding to the perceived insult was the timing of the order: It came on the first day of talks between top Mexican officials and their counterparts in Washington, and just days before the meeting between the two presidents.

[Photo courtesy of Once Noticias]