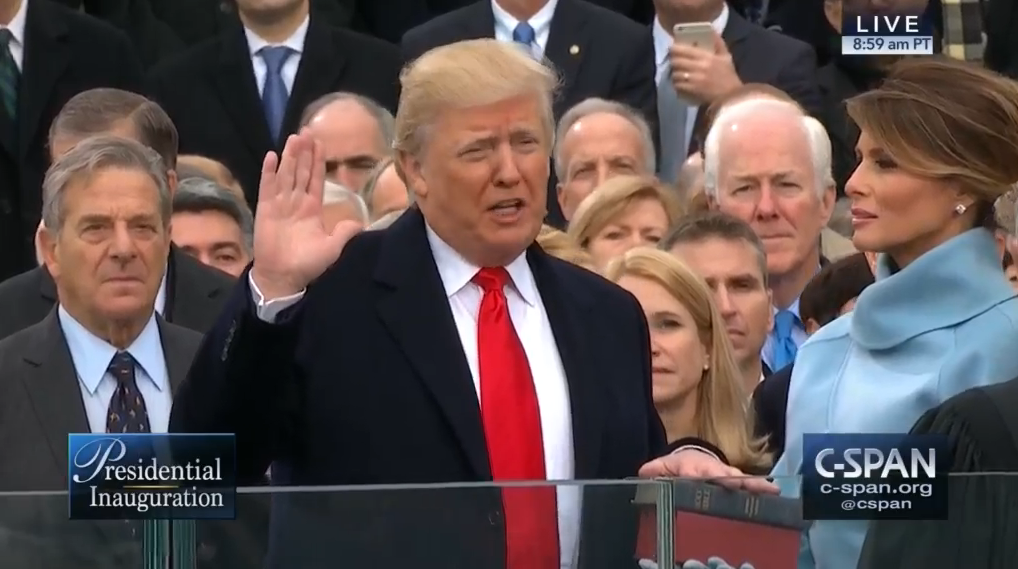 *Why you should read this: Because Henry Flores lays out the simple reason Donald Trump does not have a mandate – regardless of what he may say (or Tweet). VL

El Señor Naranja’s actions during his first few days in office have led me to conclude that he is either delusional or has completely misconstrued the situation he is in.  After he made believe that his presence in the White House was “god-ordained” and that the sun came out once he made his appearance on the stand where he took the oath of office and that it began raining after he left I tend to think he is delusional and not misinterpreting everything.  “The boy is batty!”  Let’s face the truth; those who supported the Orange Guy’s candidacy are probably all thinking (except for the delusional ones) that they have made a terrible mistake.  Well, all I have to say is “pendejos!” you’re going to get what you deserve.

[pullquote]The word mandate comes from the Latin ”mandatum” which means to give an order or command to do something. [/pullquote]

The Orange Guy is spending part of everyday having signing ceremonies for a bunch of memos he has had his staff compose doing things like backing out of the Trans-Pacific Partnership, lifting regulations on the Keystone Pipeline and defunding the EPA.  Oh yeah, he had the drapes in the Oval Office changed from red to gold.  He probably also had the toilets in his private loos changed into gold as well but we’ll not know until he gives us a tour of the place.  Anyway, the point I’m trying to make is that the Orange One is acting as if he was crowned emperor because of an overwhelming declaration of the people.

Bueno vato, I got news for you.  YOU LOST THE ELECTION, YOU LOSER!  The Orange One lost the popular vote by more than three million votes.  And they all showed up during the Women’s March the day after the inauguration to say so.  El Señor Naranja was not and is not the choice of the people.  The people did not and do not want his policies!  His executive orders are going against the voice and wishes of the American public.

[pullquote]The Orange Guy is in the White House not because he won the election but because of a mechanism.[/pullquote]

The word mandate comes from the Latin ”mandatum” which means to give an order or command to do something.  Modern day politicians usually say they have a mandate from the people when they win an election overwhelmingly.  How they interpret what an overwhelming election is varies on the size of the jurisdiction.  So, if one wins a city council election by 65-70% then the politician can say she has a mandate from her constituencies.  On the national level, presidents win by much smaller margins so that if one wins with 55% of the vote or more then the winner says they have a mandate from the people.  A mandate is interpreted that the voters like the politicians’ position on certain issues so they strongly support that individual for office.

A mandate, on the other hand, is not when one loses an election.  This is n ormally interpreted as the people rejecting the positions represented in the losing politicians’ platform.  The Orange Guy just can’t believe he lost so he is trying to say that illegal voters, three million of them actually cast their votes for Ms. Clinton.  Voter fraud of this magnitude would have been easily uncovered but there has been no evidence of any fraudulent voting in this past general election.  The Orange One is just plain wrong.  He lost the election fair and square!  The people rejected him!  The people did not like what he stands for or what he says!  Frankly, I wouldn’t sit down for a cup of coffee with the vato, he’s just plain gross!

The Orange Guy is in the White House not because he won the election but because of a mechanism, created by Alexander Hamilton (desculpe Lin), designed to keep the people from electing who they wished.  Old Alex was afraid of who the unwashed masses would elect to the presidency.  Well, Hamilton must be turning over in his grave because his little scheme has backfired.  Now the country is in dire straits.