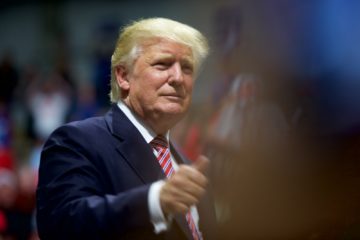 *Why you should read this: The story may be from of Texas, but the lawsuits listed will have a national impact on voting rights, civil rights, immigration and the environment. VL

When Governor Greg Abbott was Texas attorney general he summed up his work day thusly: “I go into the office, I sue the federal government and I go home.” Since President Obama took office in 2009, Texas has sued the federal government more than 46 times, according to the Texas Tribune. Abbott’s successor, Ken Paxton, has a similar fondness for suing the feds. Besides costing Texas taxpayers as much as $6 million (and counting) to litigate, these legal challenges tackle important issues, such as climate change or whether up to 5 million undocumented immigrants can legally remain in the country — issues not only vitally important to Texas but also the nation.

Here are six Texas lawsuits we should all keep an eye on in 2017 during President Trump’s first year in office.

Background: After convincing tiny Harrold ISD to enact an anti-transgender bathroom policy, Texas Attorney General Ken Paxton filed a federal lawsuit on behalf of several states in May challenging the Obama administration’s newly issued guidance on trans students. In August, U.S. District Judge Reed O’Connor issued a nationwide injunction barring the administration from implementing the guidance, which states that public schools should allow trans students to use restrooms and other facilities in accordance with their gender identity.

What happens next: The U.S. Department of Justice has appealed O’Connor’s decision and is seeking a partial stay of the injunction from the 5th U.S. Circuit Court of Appeals. However, LGBT advocates said it’s possible the Trump administration will rescind the guidance, which could render the lawsuit moot. In the meantime, public schools in Texas aren’t bound by the administration’s guidance, and can choose to allow trans students to use facilities based on their gender identity.

Background: In 2011, Texas legislators passed a controversial voter ID bill, severely limiting the types of ID a voter could use to cast their ballot in-person. Critics argued that the bill disproportionately impacted minorities, poor Texans and those living in rural areas. Attorneys representing organizations including the Brennan Center for Justice, the Texas NAACP and the Mexican American Legislative Caucus of the Texas House of Representatives, filed suit and in 2012 a federal court ruled that the law violated a section  of the Voting Rights Act.

The following year, however, a Supreme Court decision (Shelby County v. Holder) effectively gutted that section, releasing Texas from federal preclearance before changing election laws. Attorneys reframed the lawsuit against Texas’ voter ID law to fall under Section 2 of the Voting Rights Act, and a district judge ruled in their favor in 2014. The decision was appealed, then affirmed by a three-judge panel of the 5th Circuit Court of Appeals, then appealed to the full 5th Circuit and finally, in July 2016, affirmed yet again. Consequently, a Texas district court approved a new, more liberal set of voter ID rules under which the November 2016 elections were carried out.

What happens next: Texas asked the Supreme Court to reverse the appellate court’s decision in September 2016. SCOTUS will begin hearing arguments in early January, according to the Brennan Center.

Background: The Texas Attorney General’s Office filed a federal lawsuit on behalf of several states in August challenging a new federal regulation prohibiting discrimination against transgender people, as well as those seeking reproductive care, under Obamacare. The states were joined in the lawsuit by the Franciscan Alliance, a Catholic hospital network, and other religiously affiliated health care providers. The plaintiffs allege that the U.S. Department of Health and Human Services regulation — which bars entities that receive federal funds from discriminating based on sex, race, national origin, age or disability — violates their religious freedom. On December 31, U.S. District Judge Reed O’Connor issued a nationwide injunction blocking the Obama administration from implementing the rule, which was set to take effect January 1.

What Happens Next: The Department of Justice is likely to appeal O’Connor’s injunction. LGBT advocates have said the lawsuit could be rendered moot if President-elect Donald Trump and the Republican Congress follow through with changes to Obamacare.

Background: In December 2014, Texas and 26 other states sued the U.S. Department of Homeland Security over President Obama’s executive action granting temporary deportation relief to undocumented immigrants who entered the country as children and to the undocumented parents of children who are legal residents or citizens. In January 2015, a federal district judge in Brownsville, Andrew Hanen, issued a preliminary injunction against the expansion of the Deferred Action for Childhood Arrivals (DACA) and the Deferred Action for Parents of Americans (DAPA) program.

In November 2015, the U.S. 5th Circuit Court of Appeals upheld Judge Hanen’s injunction to prevent DACA and DAPA from being fully implemented. And, in July 2016, after hearing an appeal, the U.S. Supreme Court deadlocked 4-4, which punted the case back to the lower courts and Judge Hanen’s courtroom.

What happens next: In November, after the election of Donald Trump, attorneys from the Justice Department and lawyers from Texas and the other states filed a joint motion asking that the suit be put on hold until Trump takes office. Since DACA and DAPA are not laws passed by Congress but instead come from a presidential executive action, President Trump has broad legal authority to end the programs almost immediately upon taking office, which will leave up to 5 million people in limbo.

Background: In October 2015, Texas joined 27 other states in suing the EPA over the Clean Power Plan, the Obama administration’s signature regulatory effort to combat climate change. The Clean Power Plan requires states to come up with plans to dramatically reduce carbon emissions in the utility sector, especially coal-fired power plants.

Though Texas’ robust and growing renewable power industry puts the state on track to meet most of the carbon reduction goals, Texas and the other states object to the plan, arguing that it oversteps the bounds of the Clean Air Act.

In February 2016, the U.S. Supreme Court blocked the Clean Power Plan from being implemented in Texas and the rest of the nation while litigation continues. On September 28, 2016, the U.S. Court of Appeals for the D.C. Circuit heard oral arguments on the case. The Clean Power Plan is the linchpin in America’s contribution to the Paris Agreement, which to date has been signed by more than 194 countries to significantly cut greenhouse gas emissions that lead to global warming.

What happens next: A D.C. Circuit decision is expected in early 2017, but a final ruling from the U.S. Supreme Court might not happen until 2018. In the meantime, an EPA under President Trump might do away with the plan altogether.  While on the campaign trail, Trump pledged to eliminate the Clean Power Plan if he was elected.

Background: EPA’s Regional Haze Program requires states to take measures to reduce pollution — much of it from outdated coal plants — at national parks and wilderness areas, including Guadalupe Mountains National Park and Big Bend National Park. Texas sued the EPA in February 2016 after the agency said parts of the state’s plan to improve air quality by reducing fine particulate matter, a deadly air pollutant, were inadequate and replaced them with a federal plan. In July, the U.S. 5th Circuit Court of Appeals allowed the lawsuit to move forward and prevented the EPA’s rule from being implemented while the case is litigated. In November, the EPA announced it would file a motion to retract the federal reduction measures, which would have required seven coal-fired power plants in Texas to reduce their haze-inducing emissions.

What happens next: The EPA may have backed off from more stringent air quality requirements, effectively giving Texas coal plants a victory. But that victory might be short-lived. The agency has already proposed another rule — called the Cross State Air Pollution Rule — to target some of the same pollutants.

This story was originally published in The Texas Observer.