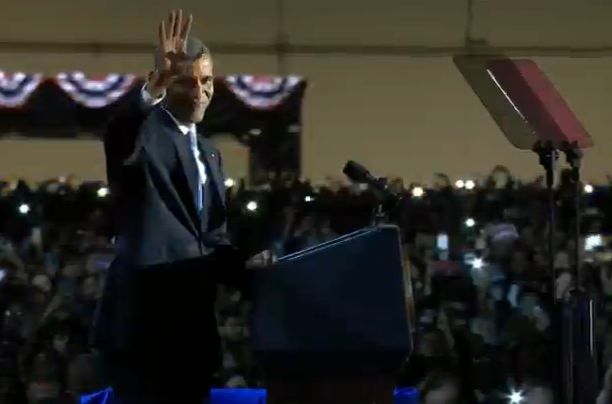 *I disagree with Ray on this. I think the president’s speech was well written and well delivered. It’s not tradition for a departing president to make bold statements in a farewell speech. The last two presidents made 15 minute remarks from the Oval Office, so last nights speech was exceptional, I think. What do you think? VL

I turned off the Obama Farewell speech at its conclusion in my hometown feeling dejected and uninspired. As an Obama supporter, I expected insights and inspiration to deal with the next four—and hopefully not eight—years. But the Obama Farewell speech came off not as the call the action he promised but as a history lecture from a person with privileged opportunities without a reasonable, unifying message.

Obama’s speeches—from his first big one in 2004 at the Democratic National Convention—have consistently been solid with stories and sentence structures that appeal to our emotions of hope and grit and unabashed optimism. Tonight, even his use of parallelism was weak.

The long summary of American history in Obama’s speech sounded like that boring lecture we have to sit through in a classroom. Unlike his past speeches, the old idealized mention of Atticus Finch and George Washington made Obama sound worn out. And let’s face it—he probably is. But this was his last speech as president.  We expected much more.

If he had the gusto to humorously celebrate his presidency by dropping the mic at a White House Correspondents Dinner or ridiculing Trump’s personal attacks of him on a late-night show, his message should have been more inspiring.

The speech began Obama-esque. He mentioned his “conversations with [us], the American people – in living rooms and schools; at farms and on factory floors; at diners and on distant outposts.” He said these “are what have kept [him] honest, kept [him] inspired, and kept [him] going.”

But, ironically, his lengthy references to our history of over two centuries took away the impact of his accomplishments: reversing the recession, rebooting the auto industry, unleashing the longest stretch of job creation.

When he mentioned opening up a new chapter with Cuban people, even the sentence structure and audience seemed thrown off.  He followed with shutting down Iran’s nuclear weapons and taking down Bin Laden.

All of this—like the 240 years of history—seems so distant, so detached from the immediate uncertain reality we’re facing with a Trump presidency.

In Obama’s litany of success, under these circumstances, securing health insurance (which many fear will be taken away) and gaining marriage equality seemed anti-climactic.

He mentioned how the “economy is growing again; wages, incomes, home values, and retirement accounts are rising again; poverty is falling again.”

And so many Chicagoans probably thought about the gun violence that is also rising. But Obama didn’t mention this immediate concern of so many in the audience at all.

His first call to action seemed to be “create opportunity for all people.”