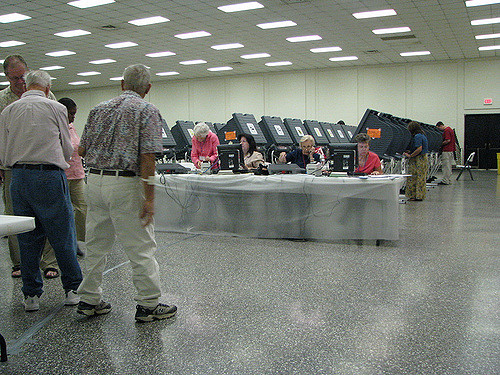 *This a recurring story. Latinos win voting rights battles only to see them regress. And we fight them again, as we should, as many times as needed. VL

[tweet_dis]A federal judge ruled late Friday that the the City of Pasadena, Texas, promoted and implemented a voting plan intended to dilute Latino power at the polls.[/tweet_dis]

In a 113-page ruling (a link is below), U.S. District Judge Lee Rosenthal ordered city officials to revert to an eight-single-member City Council voting plan used before 2014. That was the year voters narrowly approved a plan that elected six members from districts and two at large. In summarizing the ruling, the judge wrote:

“In the Supreme Court’s foundational decision on vote dilution, Reynolds v. Sims, 377 U.S. 533 (1964), the Court ruled that dilution was tantamount to infringing the very right to vote. ‘Overweighting and overvaluation of the votes of those living here has the certain effect of dilution and undervaluation of the votes of those living there. The resulting discrimination against those individual voters living in disfavored areas is easily demonstrable mathematically. Their right to vote is simply not the same right to vote as that of those living in a favored part of the [jurisdiction].’ In Pasadena, Texas, Latino voters under the current 6–2 map and plan 56 do not have the same right to vote as their Anglo neighbors.”

Read more stories about the fight for U.S. Latino voting rights in NewsTaco. >>

Aside from restoring the previous voting plan, Rosenthal also said she will supervise the 2017 municipal elections in May and watch for any efforts to suppress Latino voting rights. The  judge also ordered Pasadena to submit any future changes in its voting plan to the U.S. Justice Department for civil rights pre-clearance.