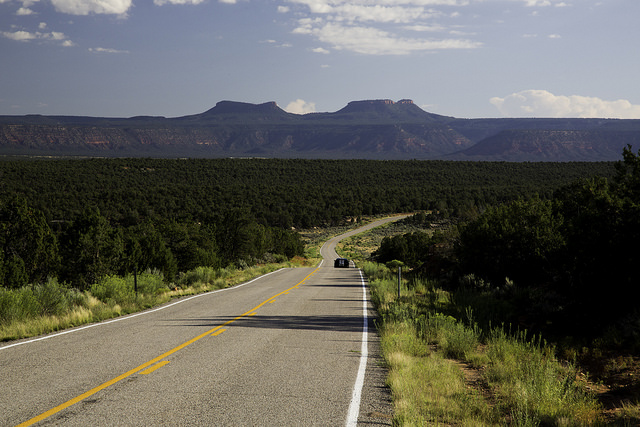 *We’re happy to post this piece submitted by Utah state Representative Rebecca Chavez-Houck because Mexican-Americans are native to this land and our heritage deserves protection. VL

​Last  week, President Obama designated Bears Ears National Monument in Utah. This action fulfilled a critical need to protect these extraordinary public lands but it holds additional meaning for me.  As a Latina, Democratic member of the Utah House of Representatives, I know a little something about the needs of diverse communities and recognize the importance of taking historic action that honors those communities.

President Obama designated this monument using the executive authority of the Antiquities Act, a tool that 16 Presidents – eight Republicans and eight Democrats – have used since its inception in 1906. In addition to conserving historic and scientific resources around our nation that face various threats, President Obama has successfully used the Antiquities Act to ensure our nation’s system of protected public places recognizes the contributions to our nation’s history of fellow citizens who historically have often been discounted.

As a society, one of the greatest things we can teach our children is that their heritage matters.  The effort to protect Bears Ears has been led by those who have called this land home for generations beyond our memory.  Home to Hopi, Navajo, Uintah and Ouray Ute, Ute Mountain Ute and Zuni tribes, these lands are where their ancestor lived, hunted, gathered, prayed and built civilizations. Even today, these lands have more than 100,000 Native American cultural sites.

[pullquote]. . . the Antiquities Act recognizes the contributions to our nation’s history of fellow citizens who historically have often been discounted.   [/pullquote]

Thanks to President Obama working with their leaders, these tribes’ traditional land uses are now protected and future generations of Americans will be able to learn about the Bears Ears area’s rich history. I stand in solidarity with the Native American tribes who have fought long and well for this designation.

America is unique in its designation of special national places for each of us to use and visit and President Obama has uniquely understood the need for public lands to represent all of our histories. As a result of his actions, we will find many newly designated places to experience and celebrate the stories of diverse communities, including national monuments to the Harriet Tubman Underground Railroad in Maryland, the home of the great human rights leader Cesar E Chavez in California, Rio Grande del Norte in New Mexico, and the World War II Japanese-American internment at Honouliuli in Hawaii, to name just a few.

Bears Ears is in peril

Some of Utah’s politicians are motivated to try to undo this designation.  We must not let this happen.  Congress has been petitioned repeatedly for decades to address Bears Ears. U.S. Representative Rob Bishop (UT) had years to address the need to protect this area but didn’t build consensus and instead squandered the opportunity that his role as House Natural Resources Committee Chair provided for moving legislation.  Fortunately, the President acted and conserved these public before it was too late.

Bears Ears National Monument is an extraordinary place providing peace, unrivaled natural landscapes, wildlife habitat, and access to world-class outdoor recreation opportunity. And, importantly, it will allow the stories and practices of Native people and cultures to continue and flourish.

As a national advisory board member to Hispanics Enjoying Camping, Hunting and the Outdoors (HECHO), we reach out to those who do not see public lands as theirs to explore or have failed to find their own history reflected.  The Bears Ears designation helps to change that.  It is a prime example of an enlightened leader ensuring that our protected public lands reflect the stories of all Americans.

My father, an immigrant from Michoacan, Mexico instilled in me from an early age that the land was the most important thing in our lives because it provided sustenance. We must be good stewards of the land. I also know we are able to balance development with conservation. A recent analysis of public polling by Latino Decisions found that Latinos rank protecting the environment as among their most important issues.

So for these reasons and many more, I support the newly designated Bears Ears National Monument, celebrating the diverse fabric that is the United States of America.

Rebecca Chavez-Houck is a Utah native and has represented Salt Lake City’s District 24 in the Utah House of Representatives since 2008. She also serves on the Advisory Board for Hispanics Enjoying Camping, Hunting, and the Outdoors (HECHO).

[Photo by Bureau of Land Management/Flickr]