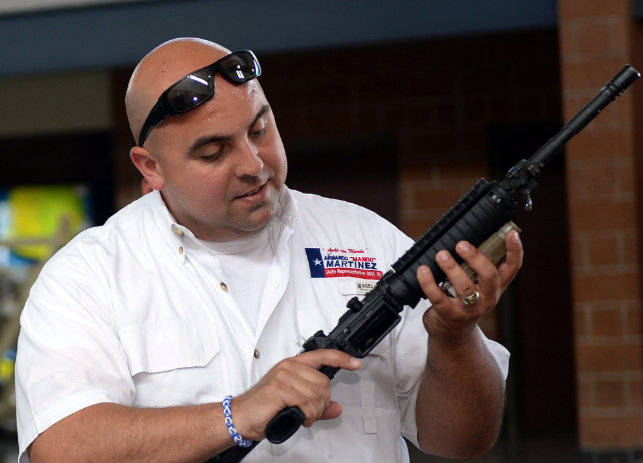 *This is scary, but gunfire celebration on New Year’s Eve is not uncommon in deep South Texas. VL

After being hit by a stray bullet fired into the air in the early morning hours of New Year’s Day, Rep. Armando Martinez, D-Weslaco, said Monday he’s planning to file a bill in the coming legislative session to reduce or prevent celebratory gunfire. Here’s the story:

• Martinez was north of Weslaco with family and friends for a New Year’s Eve celebration when he was reportedly hit with a bullet on his head. He underwent surgery on Sunday connected to a gunshot wound, according to The Monitor. Hidalgo County Sheriff Eddie Guerra confirmed to the newspaper that Martinez underwent surgery to remove the object from his head. He was listed in stable condition Sunday night, and in a Monday morning phone interview from the Valley Baptist Medical Center shortly before he was released, he said he was “doing great.”

• Martinez said many people in the area celebrated the start of the new year by firing guns in the air before he was hit. “I think that’s something that definitely needs to change.” Martinez said. “Growing up, we grew up around guns. You know, I have a [concealed handgun license]. I’m a hunter. But everybody knows better than to get a gun and fire it up in the air because what goes up must come down.”

• What exactly the forthcoming legislation will look like is unclear, but it would possibly work to regulate or prevent celebratory gunfire, he said, adding, “I need to talk to our sheriff’s department and maybe our [district attorney] and see exactly what type of ideas they have as well, so that way we can get an idea of how we’re going to do it and propose it.”

This article was originally published in the Texas Tribune.