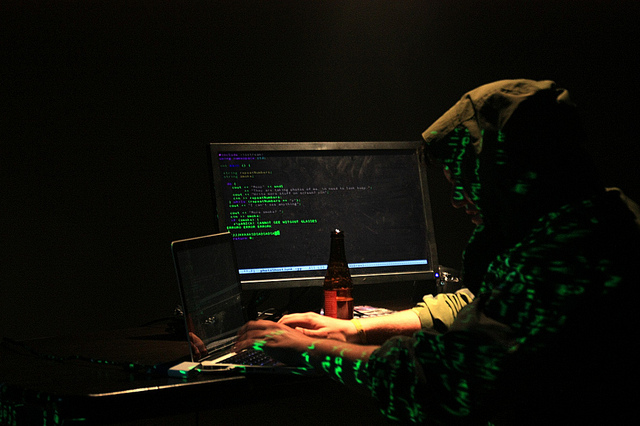 *Henry Flores says the Russian hacking of the U.S. election is what happens when you mix a despot with a narcissist. VL

The individual going around the country who calls himself the president-elect is denying that the Russians influenced the presidential elections by hacking both the Democratic National and Republican National Committee’s internal files but only releasing those of the Democrats.  The Russians did this at the behest of Vladimir Putin with the clear intent to favor the election of El Señor Naranja (ESN) over Hillary Clinton.  The evidence is irrefutable and was generated by our intelligence community at least as early as October.  Nevertheless, there is proof that the Russians have been doing this on a global level mostly in Europe and here.

[pullquote]Russia has an inferiority complex; it feels that it has never been given the respect a great nation deserves. [/pullquote]

The big question is why are the Russians trying to influence not only the United States’ presidential elections but those of other countries particularly those in Eastern Europe?  A look into Russia’s history since Peter the Great reveals an interesting national pathology.  Russia has an inferiority complex; it feels that it has never been given the respect a great nation deserves.  Russia wants to take its place in history as one of the greatest, if not the greatest, political power in the west.  The problem has always been that even in its greatest moments Russia has been ruled by despots of various sorts who never had a clue about how to establish international standing other than through brute force.

Russia confuses political standing with brute force.  If this large country wants international respect, it must do so through more than crudely manipulating national elections, making other countries look like bumbling fools or through military intimidation.  It must do so through diplomacy.  All Russia is doing through its hacking and military adventurism is upsetting the world community and setting itself up for being labelled and treated like an international pariah.  Instead of international respect, Russia is creating international disgust.  Respect does not come from intimidation; intimidation only generates resentment and eventual retaliation.

[pullquote]. . . the United States should launch one of the most sophisticated and expansive cyberattacks the world has ever seen against the Russian economic system.[/pullquote]

The Retaliation of the United States

We will not go to war with Russia, at least not militarily.  I think the United States should launch one of the most sophisticated and expansive cyberattacks the world has ever seen against the Russian economic system.  Putin has given the United States a president-elect who can be manipulated to do what Russia wants.  This amounts to a complete reorientation of United States foreign and economic policies and creates an international environment that will work to Russia’s advantage.  We cannot allow this.

The United States has never been a saintly country and we have committed some international “hanky-panky” that borders on the criminal.  Frankly, some of it has been “down right criminal” such as the Iran-Contra Affair or the cover up of our role in Operation Condor or the operation of the torture school at the School of the Americas.  So, Putin does have some precedent for his behavior.  Still we do need to protect our national interests against those of Putin’s.

Why Does ESN Ignore the Russian Threat?

El Señor Naranja does not believe the intelligence community’s assessment that the Russian government at the behest and under the supervision of Vladimir Putin hacked the presidential election and handed him the Electoral College victory.  Why not?  Well, ¿quien sabe?  Only the Orange One knows what goes on under his Orange helmet!  Still, I think the explanation is simple.  ESN’s ego is so large that he cannot believe he can lose anything let alone an election.  Worse, I don’t think he believes he can lose an election to a woman!

The other side of the argument is that ESN believes he is the only one who knows everything about everything!  Remember, he said he knew more about ISIS than the generals conducting our military operations.  Because he is a personal friend of Putin ESN believes everything the Russian Squirt says.  Putin has ESN’s number.  Putin probably strokes ESN’s ego to such an extent that ESN will believe anything Putin told or will tell him.

Have the American People Elected a Traitor to the Presidency?

Well, essentially ESN has not done anything treasonous, yet.  Still, because the Orange One believes anything Putin says, ESN may make decisions while in office against the interests of the United States.  I’m not sure we want a president who represents the interests of other countries as opposed to our own.  The sad thing is that if ESN does act in Russia’s interest he may not even realize it.