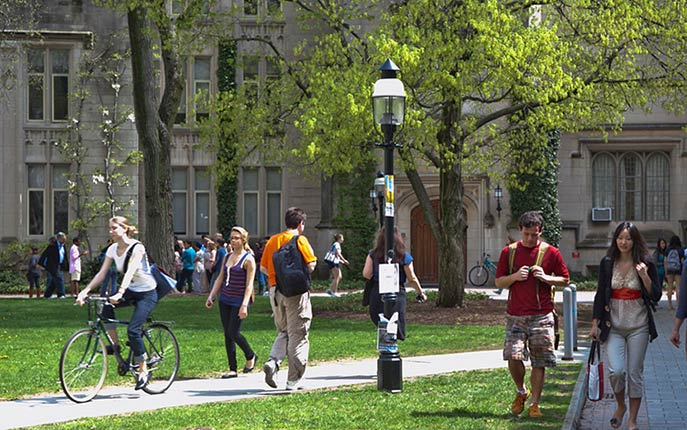 *Fascinating! There’s a two-tiered system of higher education that is self-perpetuating and growing wider. Make sure to share this. VL

In the post-World War II era, whites fled the center city to the leafy-green suburbs and better neighborhood schools. Today, a similar trend has taken root in American higher education, only this time whites are fleeing the underfunded and overcrowded two-year and four-year open-access colleges for the nation’s top 500 universities.

Since the 1990s, the number of black and Latino high school graduates who enroll in college has more than doubled. But three-quarters of that increase has been at open-access colleges. Meanwhile, white college enrollment has increased only at the nation’s top 500 universities. As a result, American higher education has evolved into a two-tiered separate and unequal system that fuels the intergenerational reproduction of white racial privilege.

Our racially stratified postsecondary education system serves as a passive agent that mimics and magnifies the race-based inequities it inherits from the K-12 education system and projects them into the labor market. Whites educated at elite colleges go on to have successful careers, marry other whites with similar backgrounds, and buy homes in the right neighborhoods. Those neighborhoods in turn give their kids access to a top education in pre-K through high school that prepares them for selective colleges, beginning anew the self-sustaining intergenerational cycle of racial privilege.

At the top 500 universities, whites comprise 70 percent of students, compared to their 57 percent share of the college-age population. Meanwhile, as blacks and Latinos have swarmed the halls of open-access colleges, whites have fled them. White students have declined from 68 percent to 49 percent of students at open-access colleges, while black and Latino students have grown from 26 percent to 45 percent.

Anthony P. Carnevale, director of the Georgetown University Center on Education and the Workforce, argues that inequities in higher education are exacerbating racial inequality. — Danielle Douglas-Gabriel