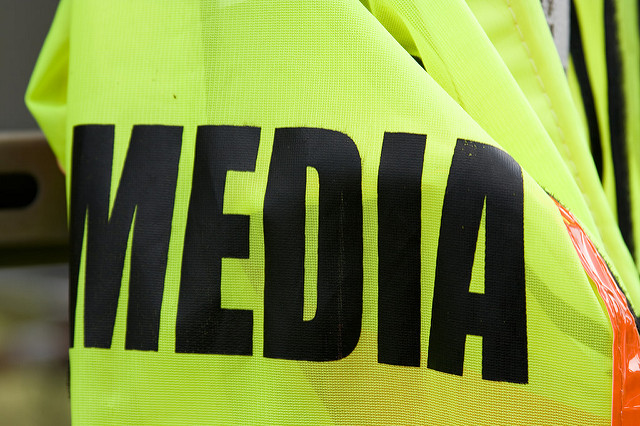 *If you read nothing else on NewsTaco today, read this. Jesse get’s it. It’s what we’re about. VL 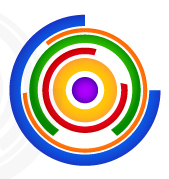 I often am asked to identify the most important issue facing the Hispanic/Latino population that has led the country’s demographic transition into the new America our country has fast become.  Defaulting automatically to education, jobs, health care, immigration and equal protection of the laws is easy – so critical are they to how we move forward.

Yet preeminent in my thinking is the media and its workings, both the new and the old.  The Hispanic/Latino narrative, already astonishingly absent in one is being trampled by the other at precisely the wrong time in history.  And greater inattention looms as large events and a larger President suck in all the oxygen in the public space.

Without appropriate measures of media and informational input into a society as diverse as ours, its democratic output is dubious – ultimately threatening economic growth when economic progress is the key to securing the nation’s future.  To that most gracious end, then, the success of the Hispanic/Latino population is indispensable, for we are more of America than we ever have been and only more so each passing day.  And each day that passes, we do not get back.

Until we weave the importance of the Hispanic/Latino population into the national consciousness as part of the nation’s lifeline, Hispanic/Latino concerns are flotsam in a sea of partisan hyperbole.  I mean, [tweet_dis]who can have a serious discussion about the existential challenge of education when more than half of the country thinks most Hispanic/Latinos are in the country illegally?[/tweet_dis] [tweet_dis]Without a wide and truthful – and consistent – exposition of the importance of the Hispanic/Latino community to the country, none of the conventional issues matter.[/tweet_dis]  Not enough Hispanic/Latinos will get better educations.  Employment in the lower ranks of the second-largest economy in the world will persist.  Health care will be hit-or-miss, depending on local governmental funding of emergency rooms in public hospitals.  Immigrants will remain vulnerable to economic exploitation and racist attack.  And social and political equality will remain chimera.

[pullquote]If inattention and failure of awareness in the old, mainstream media were not enough of a problem for us, we have now the invasion of the unregulated, unedited swamp that is the internet with which to contend.[/pullquote]

Many of the people who run the news business also run the entertainment business . . .

. . . and they are cut from the same slab of media meat.  Holding up their lack of engagement in and knowledge of the Hispanic/Latino community for embarrassment will not prove effective if they truly do not understand the importance of the story.  Since so many of these executives seem unmoved even though they are told repeatedly that Hispanic/Latinos already mean much to their bottom line, they can only represent – to our great fear – how far behind the rest of the country lags in understanding the emerging place of the Hispanic/Latino in history.  After all, the man elected to lead our armed forces knew only after being told by a journalist what constitutes the nuclear triad.

If inattention and failure of awareness in the old, mainstream media were not enough of a problem for us, we have now the invasion of the unregulated, unedited swamp that is the internet with which to contend.  Its loathsome loosening of anger and fear multiplies by many factors hate against minorities of any kind, including Jews and Muslims, and complicates by many more factors the kind of public discussion we need to have in these perilous times.

It is hard to fathom that we have sunk into a netherworld in which soulless individuals fabricate news, and these fake news “stories” reach significant parts of the public, which reads and absorbs them in an echo chamber ever more closed with each reinforcing untruth.  Harder to believe is that the effort to undermine responsible journalism is led by none other than the president-elect, who fabricates numbers and data out of thin air and threatens the press and the First Amendment – on the record.

The lack of a common sharing and acceptance of basic truths and facts across society well spells a point of no return, for with it goes the sense of community vital to a democratic republic.  This genie hardly seems the type to return to the bottle voluntarily.  The furies of the times, in fact, give it tornadic dimension.

However male and white the founders of the republic thought an informed citizenry should be, these men, in fact, were exceptionally informed and well-read.  They produced extraordinary documents that organized a free country that with free markets powered itself into economic and global success and, slowly but surely, to greater social equality.  Does anyone think that a constitutional convention convened today could actually produce again The Constitution of the United States?  Quite to the contrary, sinister forces, creating their own sources and data, are propounding the nonsense that being of native birth in the United States does not carry with it automatic citizenship.  Wow.

Without the Hispanic/Latino population succeeding, the country is doomed

Years ago, when the phrase Information Age came into vogue, I wrote in an editorial that it more likely heralded an age of disinformation.  I was laughed at then.  But, oh the travails of Mark Zuckerberg at Facebook!  He now has to manage how to zero out the fake news that spreads through the company’s countless labyrinths as like a plague to all corners of the known world.  Unlike the plague of old that festered in the bad sewers of a Europe that had not caught up to the growth of its population, the modern media plague has no easy fix.  Building conduits for raw sewage is simple; channeling the hate-filth of the internet not so much.

I am often amused by the operatives and the titans of the news, entertainment and publishing world who more often than not blame budgets, etc. for not hiring, promoting, acquiring Hispanic/Latino talent in any form that might help stem this drift.  Which means there is room and a place only for themselves.  But I am not amused when high men and women do not get the more important story: That without the Hispanic/Latino population succeeding, the country is doomed.

[pullquote]‘I doubt there would be much to write about for a whole week.’ [/pullquote]

The media is killing us

I once had the editorial page editor of The Washington Post suggest over lunch he did not have room on his staff for a full-time columnist writing on Hispanic/Latino affairs because ‘I doubt there would be much to write about for a whole week.’  It is tough to get through at times even to enlightened men and women in charge of fateful things.

These days, when I am asked for my advice or counsel, Eugene O’Neill’s play, from which the title for this post emanates, comes to mind.  O’Neill, through the iceman, forces his characters to labor and live under unending self-destructive illusions that they cannot escape other than through death.

[tweet_dis]We live now in an age of unending illusion, not news.[/tweet_dis]

Yet, [tweet_dis]only by pounding away at the mainstream media to raise the correct, full implications of the Hispanic/Latino narrative, do we – or Zuckerberg, for that matter – stand a chance.[/tweet_dis]

For the moment, though, all media is killing us.

This article was originally published in HispanicLatino.com.

Jesús (Jesse) Treviño is the former editorial page editor of The Austin American-Statesman.

*Hispanic/Latinos is not a typo.  It is a run-in confection to overcome the rhetorical divide between those Hispanics who are not Latinos and those Latinos who are not Hispanic.