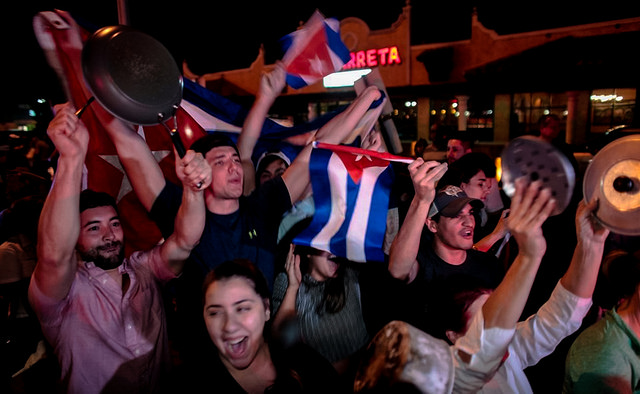 *A very interesting point of view. Especially in light of this past election when Cuban-Americans and Mexican-Americans voted very differently. VL 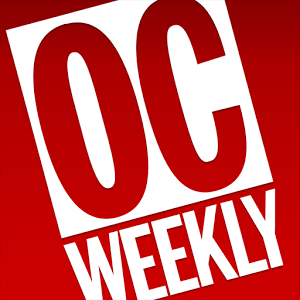 Cuban exiles greeted news of Fidel Castro’s death this weekend with jubilant celebrations from the streets of Miami to Echo Park. They danced on Castro’s grave, seeing him as nothing more than a brutal dictator forever more than a few bags shy of a ten million-ton sugar harvest.

But while Cubans in the United States danced, many Chicanos mourned what they felt was an extraordinary man. They shared pictures of Castro on social media and dedicated tribute songs by Carlos Puebla in memory, all hailing the Bearded One as a modern-day Spartacus against U.S. imperialism. The activist group Unión del Barrio even gathered in Los Angeles to celebrate Castro’s rebellious life. And while Univisión and Telemundo broadcasts in the wake of Castro’s death toed the official Cuban-American line, the average Mexi immigrants huddling to get coffee at Jax Donuts in Anaheim or standing at loncheras in SanTana were quick to call Castro a chingón, proving that to be a Fidelista doesn’t necessarily mean being a comunista.

In a hemisphere filled with intra-Latino rivalries, the Chicano-Cuban split over Castro on this side of the border is among the most bitter. Cubanos can’t fathom why Chicanos would say anything nice about a man who upended the lives of their viejos, while Chicanos (and Mexicans, for that matter) ultimately see Castro as one of the only individuals to ever fulfill the Latin American dream of defying los Estados Unidos—and for over 60 years, no less! But the clash makes perfect sense given the marked contrast in immigrant stories and statuses between Chicanos and Cubans stateside, one created by the American government in a divide-and-conquer strategy straight out of J. Edgar Hoover’s evil mind and perpetuated ever since by Cuban exile politics.

Mexican affinity for Castro traces back to the Mexican roots of the Cuban Revolution in 1956. Back then, Cuban dictator Fulgencio Batista released a jailed Fidel who had tried to overthrow his government, freeing him to resettle in Mexico where he met Ernesto “Che” Guevara and began plotting sedition anew. When Cuba turned Communist after the revolution, the Organization of American States (OAS) expelled the island from its membership. Only Mexico maintained diplomatic relations, a tradition that explains why Mexican President Enrique Peña Nieto lamented Castro’s death and paid homage to the two nations’ special history. Add in Pérez Prado, guayaberas, boxing and baseball, and it’s a veritable love-in.

Gabriel San Roman is from Anacrime. He’s a journalist, subversive historian and tallest Mexican in OC.